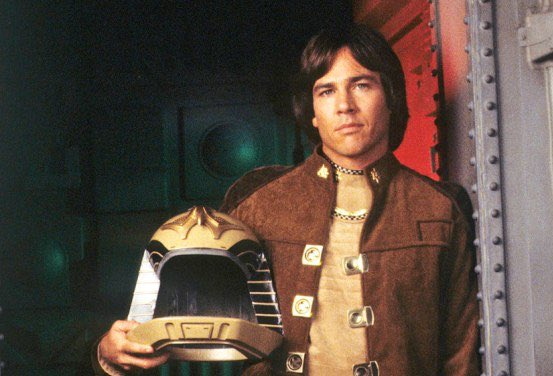 My generation has lost another star from pop culture as Richard Hatch has passed away at 71 years old.  Hatch starred in the short lived original vetsion of Battlestar Galactica as Captain Apollo, then came back in a supporting role for the rebooted version almost 30 years later.  You can read all that in the obituaries that are out there.  But here’s what it all meant to me.

When the original series dropped we were coming off of Star Wars and were starving for any kind of science fiction based in outer space.  Galactica was one of a several shows and movies that borrowed (and in some instances flat out stole) elements from Star Wars, and looking back it was probably the best one in terms of not descending into self parody and still holds up pretty good all these years later.

Hatch’s character Apollo was a buy the book, straight and narrow space fighter squadron leader who led missions flanked by his very Han Solo-esque best friend Starbuck; the Apollo as Luke/Starbuck as Han dynamic was easily the most transparent parallel between the show and Star Wars.  And thanks to Twitter, there’s even a cool pic of Hatch and Mark Hamill together:

Now when the Galactica reboot happened, Hatch took a page out of Hamill’s playbook of going on to play a villain after getting famous playing an uber good guy.  The role of Tom Zarek, a terrorist turned underworld operative turned politician, was a total 180 from Apollo but like Hamill’s portrayal of the Joker gave him a chance to show he was actually pretty good at this acting thing.

On the grand pop culture this pales in comparison to Carrie Fisher  (except for his family of course), but it’s still a notable thing for people in my age group.  Thanks for the memories, Richard.