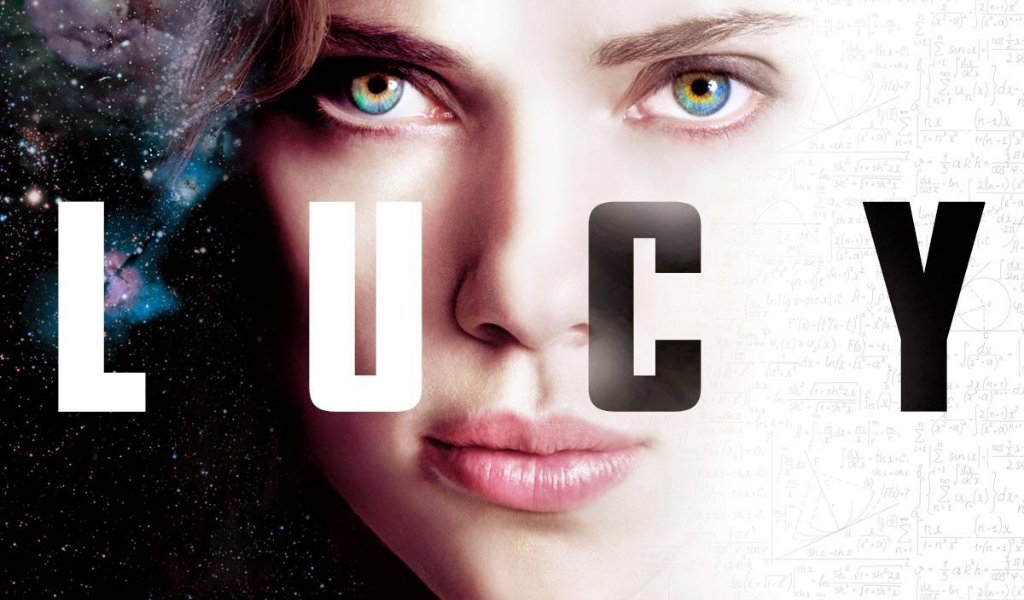 Note: This is a review I did at my old blog and migrated here. I updated the original one after rewatching the movie a few times since it’s original release.

Lucy is a different kind of movie. It’s part action, part science fiction, part supernatural thriller. It’s about a college student named Lucy (Scarlett Johansson) who gains the ability to access parts of her brain unused by human beings after being dosed with some drugs, and her attempt to find the man who she believes can help her, a professor of Neurology named Dr. Norman (played by Morgan Freeman). While she races to meet up with the Professor she is pursued by a group of Taiwanese gangsters looking to get back their missing contraband. What seems like a pretty straightforward plot takes some weird twists along the way and by the time the movie ended I was left scratching my head.

The movie opens up with Lucy talking with her boyfriend Richard, who is supposed to deliver a briefcase to a shady Taiwanese executive, Mr. Jang. He asks her to do it because he can’t show his face in the building. Lucy balks so he does what any loving boyfriend would: handcuff the briefcase to her so she has to do it. While this is going on, we cut to a lecture that Dr. Norman is giving about brain capacity, how humans only use 10 percent it, and what could happen if we accessed more. After Lucy enters the building and goes to the receptionist for Mr. Jang, cuts of a leopard chasing an antelope and catching it are spliced in with his henchmen coming from the elevator to forcefully take her upstairs.

As they arrive in the lobby Richard meets the fate that you knew was coming from the start. Once in the company of Mr. Jang and his men, Lucy opens the briefcase and is given the real job that was intended for Richard: to transport some drugs inside her body and, once that’s done, go home. This goes about as well as you expect; Lucy gets beaten up by some thugs and her stash of drugs begin leaking into her body. And then the fun starts.
The drugs begin taking effect, and after freeing herself using her newly developed fighting skills, Lucy finds her way to a hospital so a doctor can open her back up and tell her what’s inside her. It turns out that she was carrying a synthesized version of a natural chemical that mothers generate during pregnancy, one that is responsible for cellular and cognitive development. Having this stuff inside her is accelerating her cellular development and cognitive functions to the point of giving her abilities normally not known to humans.

From here she seeks out Dr. Norman as her brain functionality increases and her physical body begins to break down. To keep herself together long enough to find Dr. Norman she has to find the other drug couriers and get their supplies so she can ingest them, all while staying ahead of Mr. Jang and his men who are trying to get everything back. The movie takes a weird turn in the final 20-plus minutes as it moves from action/science fiction to a more supernatural tone reminiscent of The Matrix. How you take this turn will probably determine how you judge the movie. If you’re good with it then you’ll be good with the film but if not you may want to toss the whole thing in the garbage can.
Another fork in the road aspect of the film is the lack of explaining that goes on throughout the story. We never find out how or why the drugs were made or why Mr. Jang is trading in them. We also only get a base level of discussion of how they make Lucy able to do all the things she ends up doing. Stuff just happens. The upside to that is that you don’t get 30 minutes of people sitting around engaged in boring dialogue about molecular biology and quantum mechanics.

Johansson is in almost every scene of the film and she does very well with it as she runs through aspects of a lot of the previous roles she’s played, from unsuspecting pretty girl to action heroine. She doesn’t descend into any of the stereotypical, overly emotional woman in an action chase film kind of tropes. When she does seek out assistance it’s not in a damsel in distress kind of way but the way a male lead would do – direct, to the point, and bluntly. She doesn’t goo goo eye or phone sex voice her way into anything, and there’s no raging woman scorned routine at any point either. When she finally meets up with Dr. Norman she takes the alpha position with no hesitation. As Dr. Norman Freeman does his Morgan Freeman thing – he plays the wise man who’s not afraid to admit he doesn’t know everything, and he plays it well as always.

I give this a 5.5 out of 10. If you like Johansson, be it for artistic or purely aesthetic reasons, then it’s an ok diversion. Overall I found it watchable until the last 20 minutes where it just went too far off the rails for me. What was an acceptable story for a movie even if it was way farfetched became a complete cluster you-know-what of absurd proportions. If you’re going to try and ground something in the real world you can’t jump with both feet into fantasy land at the end. But even if you do end up hating it the short running time alleviates some of that. So watch it on TV if you want but i wouldn’t pay for it.