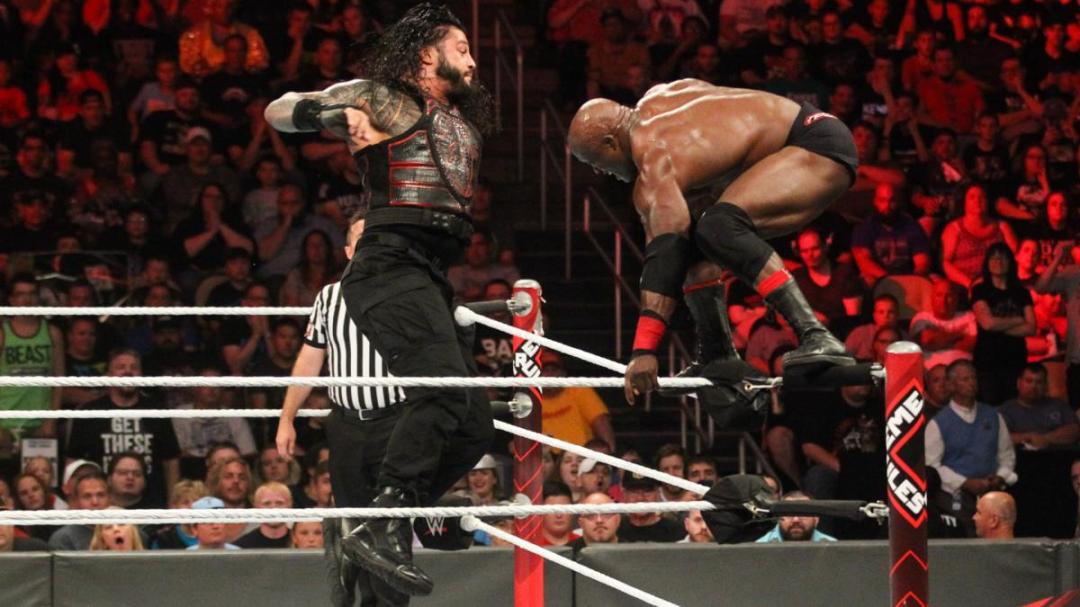 First the quick and easy:

Now on to the more difficult stuff………

Shark cage matches always go the way this one did. The whole point is that the shark cage ends up not stopping the cheaters helper from interfering like it was supposed to. The trick to the match is how the person locked in the cage manages to overcome being locked in and getting involved. There was some tried and true stuff when Ellsworth threw stuff down to Carmella but him getting out, getting stuck but ultimately distracting Asuka was something I hadn’t seen before. That could have gone wrong pretty easily and they held on to do it correctly so kudos to them.

A whole lot of people got big mad on the internet about this one, namely because Carmella won again and Asuka lost again. And that on it’s own doesn’t warrant any kind of disagreement from me, but the idea that someone who not a workrate dynamo should never win anything significant, never beat any of the better wrestlers or never hold a title for more than five minutes is loony. The unworthy, cheating heel champion is not some new thing, it’s Wrestling 101. You cannot just have the top tier people trade the same title around and have the same matches against each other while everyone not as good has to settle for second tier intramural feuds. Someone from the lower level has to break through in a big match sometime, and it’s not always going to be the lovable underdog. Sometimes it’s going to be a cheater, and they’ll need to hold the title for a while to make it that much sweeter when they finally lose.

The Honky Tonk Man lied, cheated, and stole from Randy Savage, Ricky Steamboat and Jake Roberts for over a year until the Ultimate Warrior finally got to him and wiped him out. It was one of the best title reigns in history, and his final defeat was one of the great moments in WWF history. It made Warrior as a force while the Honky’s run helped cement Savage as a face and pave the way for his World Title victory at WrestleMania IV. If Asuka finally dethrones her at Summerslam it’s a great perseverence story. If Becky Lynch gets her then it’s the fan favorite finally getting the chance a lot of people want for her. by taking down someone that pisses them off. Do we really want honorable title programs between Asuka, Charlotte, Becky, and Naomi all the time? Contrary to what you say, that would get boring real quick and you’d be complaining about the monotony.

And as far Asuka being ‘buried’……sure dude, whatever. I will say that they should never book any kind of streak ever again. The same thing always happens. The wins start piling up, not with any streak in mind, but because it makes sense to book the wrestler to win every time early on. Why would job Goldberg out to Brad Armstrong on Nitro, or the Undertaker to Roberts who was on his way out, or Asuka to some woman fresh out of the PC? Next thing you know there’s a streak because there hasn’t a match worth having them lose so you start mentioning it and making it a thing. And then it takes a life of its own and becomes the most important thing about them. Which means that there will be no acceptable time or opponent to end it with. And then when it’s over and they have to take their place among the rest of the roster winning and losing when the story calls for it……they’re ‘buried’ or ‘irrelevant’. Y’all really are sucking the fun out of things. If she finally gets Carmella at Summerslam and goes on to have some great matches with Becky, Charlotte, and Naomi afterwards it’s fine. Asuka isn’t going to be jobbing clean to Lana or anything. Seriously, calm down dude. 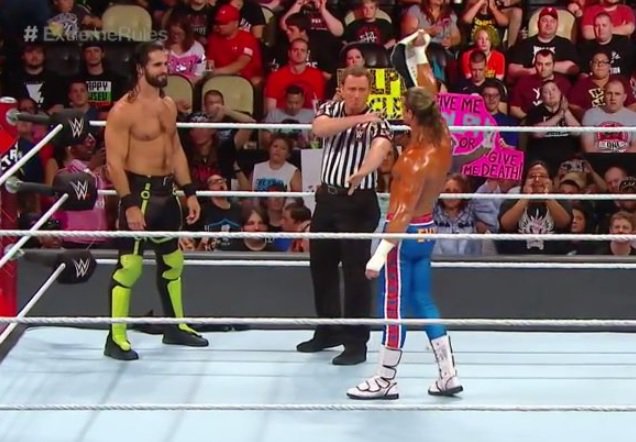 Overall I thought it was good, sometimes very good, but not great and the finish was too abrupt. Nothing wrong with that other than the finish. But there was something really wrong, and that was the crowd. Seriously folks, chanting a countdown every freaking minute with the clock was asinine, and then just chanting willy nilly after they turned the clock off was worse. Spare me that ‘the crowd can do what they want because they paid’ bs, and that ‘well if you gave them something to cheer for they would’ bs, too. The match was good and it featured the guy a lot of you say should be on top instead of Roman in Seth Rollins. A 30 minute title match on a WWE show with two workrate guys is exactly what a lot of you say you want, and they gave it to you.

At some point you have to stop pointing a finger at Vince and look in the mirror. You bought some pricey tickets, probably at a presale, and you knew what the matches were going to be when you got there. If you were that inclined to goof off from jump then stay home for real. Sell your ticket or just don’t buy it in the first place. There are some other people who would buy it and actually be good fans at the show. You’re not acting up because of what they gave you, you’re acting up because you’re a spoiled jackass who thinks it’s cool to get on camera being stupid. If you really didn’t like you’d save your money and no I don’t believe you’re paying all that because you ‘hope they’ll get it right this time’. You’re not fooling anybody anymore and you’re ruining the experience for those of us who want to go and enjoy it.

And here’s the thing – you and I both know that when it’s no longer fun to do at WWE shows you’re gonna take your act to New Japan shows in the US or what have you. Why? Because you’re jackasses, that’s why, and you can’t help yourselves.

Not a bad show. Some good matches, a couple of ok ones, and the ones that were bad from a workrate standpoint (the women’s title matches) were good sports entertainment fun. Money in the Bank was a better show but this wasn’t a bad way to spend a Sunday evening.