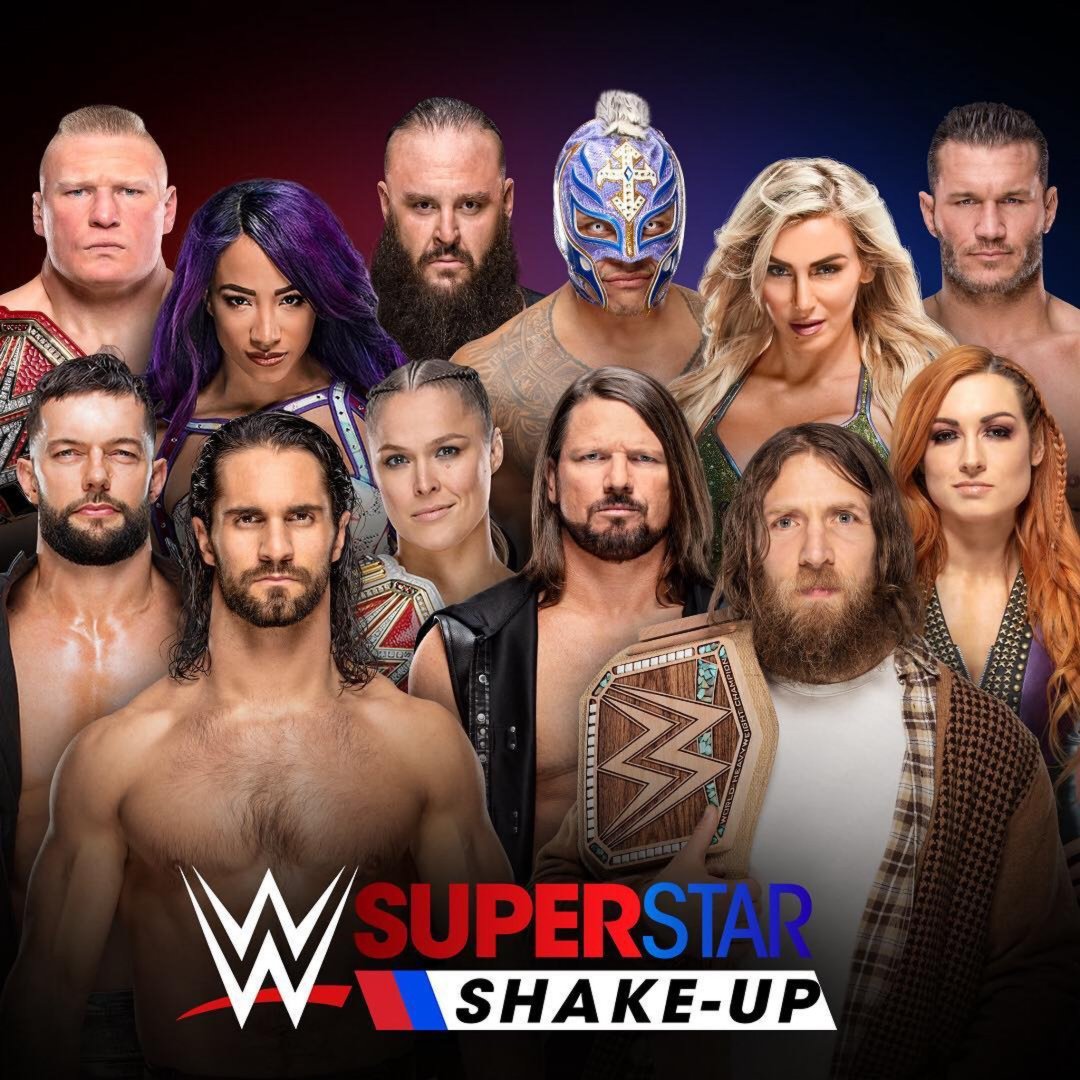 The next Superstar Shakeup is planned for mid-April, so I figured I’d play around with things a bit here. The last one I did is still getting hits, so since I haven’t done it in a while this seems like a good time to give it another go. Before I get started, I’m making a few assumptions here:

This has become the Captain Obvious move. AJ has been on Smackdown since the brand split, has won everything there is to win (unless you’re clamoring for a SD tag team championship for him), and faced everyone there is to face. There is literally nothing there for him to do. Raw offers some fresh matchups (Seth Rollins, Bobby Lashley, Drew McIntyre, Elias) and a chance to re do some others better than the first time (Kevin Owens, Sami Zayn)

Sasha Banks and Bayley to Smackdown

I’m lumping them together on the assumption of them being a team still. They’ve both been on Raw for the whole brand split and have faced everyone there. Either as a team or in singles they can take on the Iconics or Mandy Rose & Sonya Deville. And there’s always the rekindling of rivalries with Charlotte or rematches with Asuka. Lots of new things and old things to start anew. I know we don’t need to see them take on the Riott Squad again for a while, that’s for sure.

The Usos to RAW

We continue with two more guys who have not moved since the initial Brand Split. They’ve won the Smackdown Tag Team Titles enough times already, and leaving would clear up some space there while adding something important to RAW – a tag team people care about. Seeing them take on Gable & Roode, the Revival, and Authors of Pain would add some juice to a division that’s high on skill but low on excitement, and would help get those other guys over.

Black is ready to get out of NXT; he’s been there long enough and there’s nothing left for him to do there. I think Smackdown would work great for him, especially with AJ moving to RAW, and he’d fit in well with the mix of Daniel Bryan, Andrade, Mustafa Ali, etc on Smackdown. I would love to see him go with Nakamura, too.

Returning to the theme of people who’ve never left the brand they started on, time for Naomi to head to RAW. Naomi vs Ruby Riott, vs Ember Moon, vs Nia Jax, vs Mickie James and getting back to it with Alexa Bliss after a few years, lots to work with there in addition to Becky Lynch and Ronda Rousey. I’m also making this pick because I figured it would be best to not split up families here by sending one person to one brand and keeping the other on a different one.

The Street Profits to RAW

They’re not going to win the NXT Tag Team Titles, so it’s best to get them on the main roster so the Montez Ford Experience can begin in earnest. Like the Usos they could liven up the tag team scene simply with their energy and personas, and would put on some good matches with whose already there. Street Profits vs the Usos is the kind of match I can’t wait for.

Once the saga finally ends between he and Johnny Gargano, which I hope happens WrestleMania weekend, one or both of them needs to move on. If Johnny beats him for the NXT Title as I suspect then it’s clear and easy. I think he can do the character work necessary to make it in front of the RAW crowd and there are plenty of people he can work with there. Most importantly, it means no 30 minute marathons between he and Johnny at Takeover shows.

With Ronda and Becky likely still beefing on RAW, time to get another NXT Horsewoman in the mix. Shayna has beaten all the women in NXT so there’s no reason for her to stick around after WrestleMania. Shayna mixing it up with Charlotte, Sasha, Bayley, Asuka, and Sony Deville are all good times to be had.

Bray’s move to RAW in 2017 ended up being mostly a dud save for the run he had with Matt Hardy at RAW tag team champs. With Rowan back in action and Harper soon to return, Bray showing up to either join them or confront them with a new crew (Sanity maybe?) might be the changeup he needs.

(Coin Flip) – Shinsuke Nakamura or Rusev (and Lana) to RAW

Both cases of people who’ve been on Smackdown for a while and probably won’t do any more there. This assumes that one or both of them don’t bolt when their contracts are up. If they both stay with WWE they won’t both switch brands so just flip a coin and take your pick. Plenty of good opponents for either guy on RAW.

So that’s what I’m thinking for now. Yes, I did do a lot of NXT housecleaning but that’s long overdue for all of those people I named. I know Vince doesn’t read this, but hopefully he has some kind of telepathy and will make some of these moves.