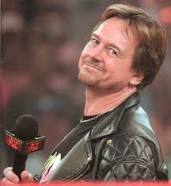 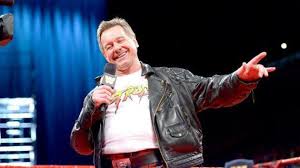 So just a few weeks after losing Dusty Rhodes, we’ve lost another wresting icon.  Rowdy Roddy Piper died Friday at age 61.  Piper was easily one of the biggest heels ever and definitely top five in the 1980s.  And when I say biggest heels, I mean that he was so hated that he got legit heat, as in people wanting to get at him, from the live WWE crowds when his feud with Hulk Hogan was at it’s hottest. The on-air beef between the two was the backbone to the first WrestleMania, which featured Hogan and Piper on opposing teams in the main event.  About a year and a half later Piper made an shocking face turn before ‘retiring’ for two years and returning as a face for the rest of his career.  He had a mostly forgettable WCW run to close out his career, returning as a face to take on Hogan during the NWO angle.

Piper was a basic brawler with some decent technical ability, but his strongest suits were his speaking ability and the sheer intensity he brought to his performances.  If there’s an element that’s missing from today’s product, it’s the ability of guys who aren’t A-plus technicians to get their ring work over by sheer force of will.  That’s what guys like Piper brought to the business.  The other things I remember most are that he was so over that he was the only WWE 80s villain who didn’t eventually assume the position and job repeatedly to Hogan, and that when he turned face his crowd reaction were as strong and often stronger than the ones Hogan would get. He was literally the only 80s WWE guy that Hogan wasn’t able to cast his considerable shadow over.  He said it best in an interview he did in character for one of the wrestling magazines once: “People cheered for me because they wanted to, not because they were  programmed to.”  That of course was a not so subtle shot at the Hulkster.  But it was true.

And of course he was in one the best B-Movies ever, They Live.

RIP Rowdy Roddy Piper.  One of the best there ever was.