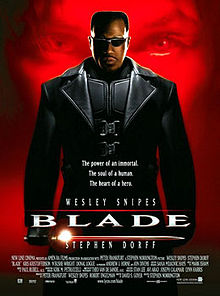 Batman going full tilt on the bad guys, literally bashing faces in and nailing them with batarangs in full bloody fashion.  Wolverine finally giving opponents the proper slice and dice treatment that many have been clamoring for.  More movies like Blade and Deadpool, and fewer like Guardians of the Galaxy or Ant-Man.  Is this the future of comic book movies?  Some people seem to think that it could be, but it doesn’t seem likely.

Marvel recently shot down the idea of doing any R-rated fare in their cinematic universe, but no one else has ruled it out as far as I know.  And that opens up a lot of possibilities and a lot of concerns.  The news of the R-rated Batman vs Superman cut prompted a few people involved in the comic business to fire off ‘why are they doing this?’ takes on Twitter.  Now this is a natural continuation of how Man of Steel put a lot of people off a few years ago.  That movie was extremely polarizing and a lot the people who didn’t like it saw it as a Batman-ization of Superman from the darker colors used to Superman’s killing of General Zod at the end, and the idea of an R-rated cut of a film featuring all-time good guy Superman seems a bridge too far.  If there was enough for an R-rated cut, the rationale goes, then what’s left for the theatrical release is probably going to be a bit much for what should be all ages movie fare.

This conclusion led to a few of those trend pieces speculating that comic book movies were about to veer into the territory that will be their undoing – ham handed, overzealous attempts to get more edgy and adult-oriented.  But while there are lot of people who want no part of R-rated comic book movies, there are plenty of people who are here for it.  And given what actually happens in the comics themselves, one could easily add some profanity to a straight visual adaptation and come up with an R-rated film.  This summer’s Suicide Squad film is exactly the kind of movie that could fit the R-rated bill.  Hardened super criminals with explosive devices in their necks that blow up if they try to escape?  And with an appearance by the most evil sadistic Batman villain of them all, Joker? Not a hard task at all.  The same can be said about the upcoming third Wolverine movie.  A guy with claws who routinely slices and impales his enemies?  Not hard at all.

This is really just another chapter in the ongoing conflict over how adult to make certain pieces of popular culture.  It goes back to the early days of comics when characters like Batman were made less lethal in order to comply with the Comics Code, an arbitrary set of standards forced upon the comic industry by overzealous watchdogs of entertainment.  What fuels it the most, in my opinion is that a lot of people my age (41) grew up on this stuff, and while we loved it the cartoons and what not were very cheesy and do not hold up.  There were a scant few movies made, and many of them were downright terrible.  So in an era when better movies, TV shows, and in many cases books are being made we want in on the action.  But us adults don’t want a better looking version of the same cheese we watched as kids, we want something we can relate to today.  And for some people that’s edgier, more mature material.

I’m not for that, personally.  While I’m not a prude when it comes to what I want from my superhero stories, I’d like for these things to be as accessible as possible to as many people of possible.  I’m fine with the R-rated cut for the DVD release, also; I don’t expect that it’s going to become a regular things and if they filmed the stuff why not make it available?  But there needs to be a balance so that there is some version of this stuff we can watch with our kids, if for no other reason than for the younger generation to get some exposure to it.

So for me this is a case of it can be done, probably shouldn’t be, but won’t so there’s no need to get all crazy here.