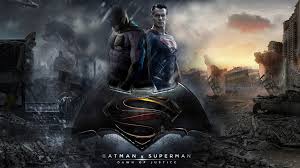 A few thoughts on Dawn of Justice

OK, I’m back from seeing Batman vs Superman: Dawn of Justice.  I’m not giving a full blown review here because I’m going back next weekend to see it again.  If you’re dying to know what I think (of course you are, or you wouldn’t be joining the two or three other people who are reading this), here’s a quick and easy version: 4/5, good movie, thoroughly enjoyed it, gave me what I was looking for.  No movie is perfect, of course, and I’ll have a better idea of what I didn’t like after a second viewing.  There is an elephant or two in the room that needs to be discussed, both in regard to the first two films and what may come next.

They didn’t make my Superman!

This of course goes back to Man of Steel, which polarized film audiences and soured a  lot of people on the coming DC film universe after all of one movie – or more importantly, one part of one movie.  Superman killing General Zod – and doing so in such up close and personal fashion – was a bridge too far for a lot of people.  There are tweetstorms from people in the comic book business – namely writers Dan Slott and Gail Simone – tearing into this one part of the movie and vehemently disagreeing with anyone who’s ok with it.   There have been pieces written both defending and attacking it.  It’s definitely out of what we know to be character for Superman and it’s a jarring scene  to watch, but to be honest I had no idea it meant that much to so many people.  And even looking at it as something he did early on, when he was in his first real fight in a circumstance he didn’t have the time or experience to handle differently, doesn’t work for people opposed to it.

And you know what?  If that one act is enough to turn you off of this portrayal of the character…….I got nothing for you.  Yes, it’s a big difference in what we’ve all come to know as Superman.  I didn’t have a problem with it in the context of the story or what is expected to be a longer story arc for the character on the screen.  If you didn’t like it, fine, but don’t exaggerate it.  Some of the kvetching over that one scene makes it sound as if Zach Snyder turned Kal El into Frank Castle from Krypton, mowing down bad guys with no remorse because he’s mad as hell and isn’t gonna take it anymore.  If he goes through this entire DC film universe series without taking another life are you still going to hang onto that one?  If you want to do that……..I don’t know what to tell you.

The killing isn’t the only issue people have.  A lot of people see this Superman as a brooding, almost Batman-like figure.  I’ll agree that he’s not Christopher Reeve but I think ‘brooding’ is a bit much.  What we’re getting here with this depiction of the character and how the world reacts to him is a lot closer to how things were to go if it were to happen in real life.  You have a literal alien from another world with all kinds of super powers, a virtual God among men, who cannot be harmed by anything we have.  This guy won’t leave because he likes it here.  That is scary as hell; not to get political here but seeing of the laws that have been passed about regular humans throughout history because of fear, imagine how we would react to an alien landing here that we couldn’t do anything about.

And now you throw in that he’s going around performing good works of all kinds, and telling us ‘trust me, you see what I’m doing here’.  That’s not a world that’s going to be the happy fun place of previous Superman movies and television shows.  Some people will love him, some will worship him, and others will fear and/or loathe him and his very existence.  Now that doesn’t need to be par for the course for every Superman story from now on, but for one interpretation of a character that’s been around for over 70 years?  Why not?  But again, don’t try to fight me over this. I’m not here for it because people are doing way too much with this.  I am not argue on the internet guy if it’s not going to help matters.

From a personality standpoint and in terms of his role in his respective fantasy world, Luke Skywalker is very much the Kal El of Star Wars.  Luke Skywalker goes from fair haired farm boy to blowing thousands of people on a space station in the span of two hours.  And we don’t care, even though we’ve seen through other Star Wars stories that everyone in the Empire isn’t a callous evildoer who’s earned their own fiery death.  Luke is still the idealistic, naive, adventure seeker turned savior of the galaxy.  When put into circumstances where taking out your adversary is the best option he doesn’t hesitate one bit, and we don’t care.  He was ready to go kill Darth Vader in cold blood right up until he learned that Vader was his Dad.  And we’re fine with that.  Hell, we were fine with him needing to kill Vader even after he found out.  Now I know that you’re going to say we didn’t have decades of history with Luke not killing before that first film.  You are correct.  But do you care about the idealist killing an adversary or don’t you?  If it happens one time in a series of films is that someone worse because of an unwritten rule about said character?  I don’t think so.

Anyway, that’s the first two cents that I have to offer on the movie.  There’s more coming.