I hit the Road to WrestleMania tour last night in Fairfax.  Great show start to finish.  Here’s what went down.

Nice ‘He’s got kids!’ chant going for Slater whenever he was in the ring.  Mojo is a local guy and always gets a good reaction here.  Good back and forth, Slater was face in peril then got the hot tag to Rhyno.  All six men got before Rhyno closed it out for his team.

The Miz vs Kallisto

Miz put on a master class in heel work before the match, getting on the mic for a good five minutes and giving the crowd crap for being from Fairfax instead of Hollywood like he and his wife Maryse.

Kallisto hit the ring to interrupt his routine, but he kept it going for another minute to set up the opening sequence.  Good match between two pros. Maryse provided some timely interference and ultimately helped her man win. This was the first time I went to a house show where Miz won, for whatever that’s worth.

Ziggler has gone full heel now, jumping Crews in the aisle when he was coming to the ring.  He held an early advantage but Crews would fight back.

In another house show first for me, Ziggler loses after a good match between both guys.  Crews took an L last time so good to see him bounce back.  If he can just convey some personality on TV he could go a lot further.
Smackdown Tag Team Title Match: American Alpha vs The Usos 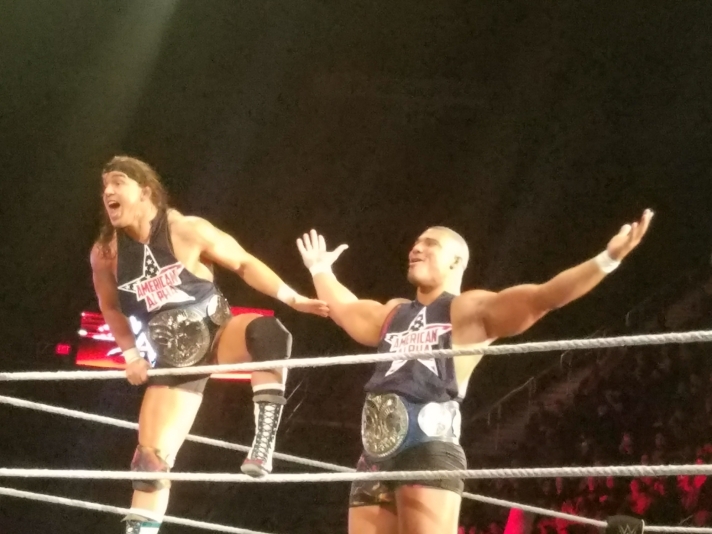 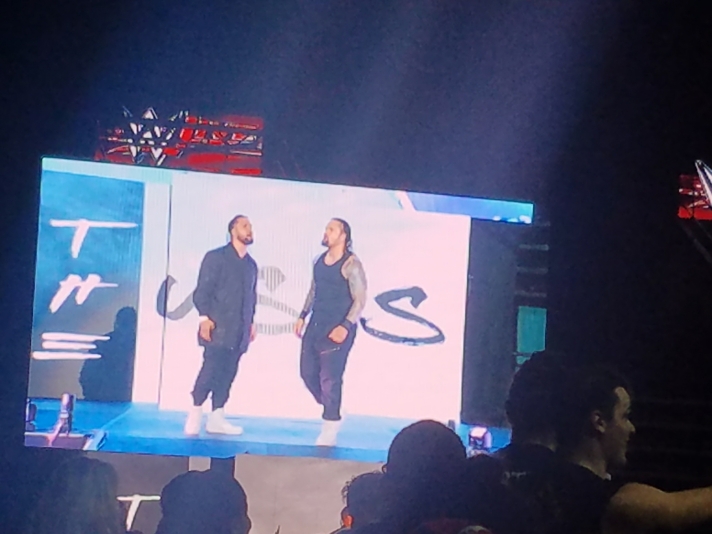 The Usos have settled into their heel gimmick nicely and employed it throughout the match.  American Alpha looks to be going full Steiner Brothers with their moveset, in a good way.  Both teams did great work all the way, and this was a great match with the Alphas breaking out a new finisher here, borrowed from Rick and Scott Steiner:

So they went with the World Title match early on.  Didn’t make sense at first but it was the right choice.   And I gotta say that seeing Harper get a title shot is every bit as remarkable as seeing Bray with the belt.

They put on a great match, something worthy of a pay per view show.  There was really cool sequence where both took turns going for Bray’s finisher Sister Abigail.   Bray would eventually hit it for the win.  This match alone was worth the ticket price.  If Harper ever gets a real main event push watch out.

This is probably a warm up of sorts for what’s going to happen at Wrestlemania.  Tamina is back in action after months on the shelf with an injury.  She plays the tough girl role very well and would do well with it in Smackdown.   Everyone hit a spot here or there.  Becky and Natalya both locked in their finishers at different points in the match.  Alexa snuck in a victory by pinning Carmella. Decent match but it seemed like they got cut for time.

Dean was way over here, and Corbin worked the crowd to get some good heat.  Lots of good stuff in this match:

Good match, both guys work well together.  They should be good at Wrestlemania.  Dean won by DQ.  Corbin went for a post match attack and was foiled. 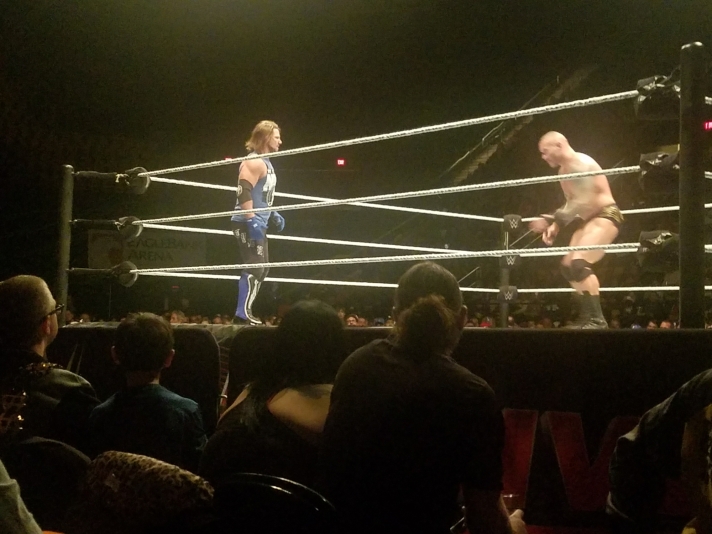 Randy was ridiculously over here – if you don’t get why Randy gets so much main event love go to a house show.  So was AJ, and late in the match they were getting some dueling chants.  AJ plays the heel so well:

One thing that stood out watching was how much bigger than Styles Orton is. Nonetheless, the two put together a great closer for the show.  Styles worked the leg a lot and Randy sold it well.  AJ got a calf crusher but no Styles Clash.

Randy won, of course, with the RKO.
Great show overall, best one of these Fairfax shows I’ve been to.  I highly recommend trying one out.  I have a lot more pictures posted on my Stroke of Genius Facebook page and I’ll put some more videos there, too.