I first saw Mark Callaway wrestle in 1990 on Saturday morning NWA Worldwide Wrestling.  There was a team called the Skyscrapers, composed of Sid Vicious and Dan Spivey, with the gimmick that they were two really tall guys who beat the crap out of people.  Vicious suffered a lung injury in November of 89, and the team was on the shelf before Callaway filled in as Mean Mark Callous.  The team would split soon after, and Callaway would go on for a few months as a solo wrestler for the company for a few months.

It was clear to us watching and the people in charge of the company that he had something, but it had to be packaged right. He was a big, tough guy with some serious athletic ability but seemed lacking in the personality department.  He had some good moves in the ring, but overall seemed kinda boring.  He wouldn’t stay that way for long.  That November he would show up at the WWE Survivor Series, with a new name and new persona: The Undertaker. And for 26 years and change he would ride what should have been a ridiculous cartoon character gimmick to the top of the business and wow fans all over the world.

Taker was the backbone of the roster for two decades.  He could work a feud with anyone for a few months and get it over with his sheer persona, he could hold one of the big belts for a stretch if needed, and you could throw him in a title match as a challenger on any random pay per view and get interest in the show.  The last few years working with Taker at WrestleMania has been an honor for whoever got it – ask CM Punk, Brock Lesnar, Bray Wyatt, or Roman Reigns.  He went out putting the spotlight on guys younger than him, like the business says you should.

Taker was a true triumph of all aspects of the business.  Vince and the creative guys came up with a character they thought could work for Mark and instead of thinking it was dumb, he jumped in with both feet and owned it.  That he was able to get over with generations of fans is a testament to his willingness and ability to buy in and trust them to enjoy the show. And we as fans suspended our disbelief to whatever level was necessary to enjoy that show.

And now as all things must do, it has ended. Thank you Mark Callaway, thank you Undertaker for all the memories. 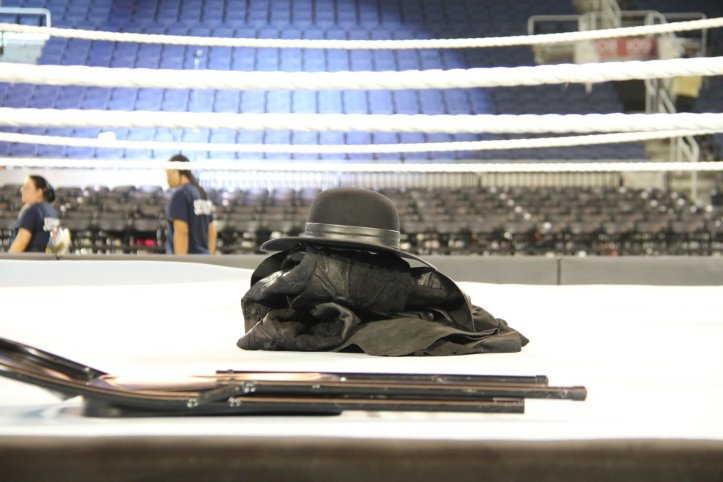