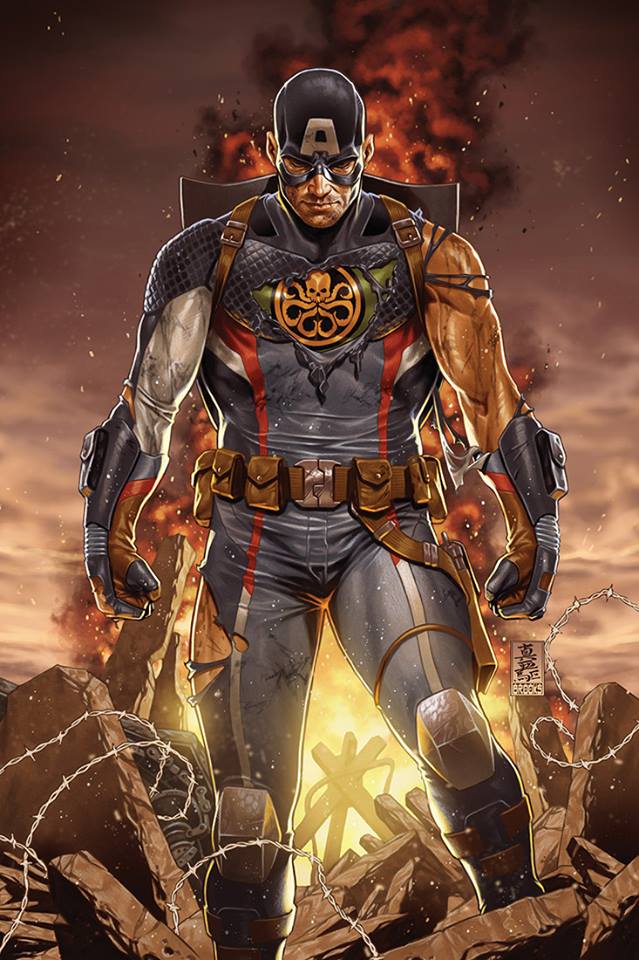 Secret Empire is here, and so far so good.  The opening issue set the table really well for what’s to come while not shooting too many shots early.  Writer Nick Spencer has already made me feel more at ease with what’s going to happen here storywise than I was at any point during last year’s Civil War 2.  The ending of issue 0 was chilling and left no doubt that what’s coming is going to be pretty heavy.

To answer the question I posed a few weeks ago as to whether event fatigue was real, based on this issue alone the answer is a resounding no.  This is already shaping up as the right kind of event, largely thanks to the backstory.  Spencer has been weaving a great tale for a year now based in deception and manipulation of the highest order, and has even managed to redeem some of Civil War 2 in the process (mainly that Steve Rogers falling back during much of that conflict has gone on to serve a bigger purpose).

So yeah we’re off to a good start, but we can’t talk about this without addressing the elephant in the room: HydraCap. 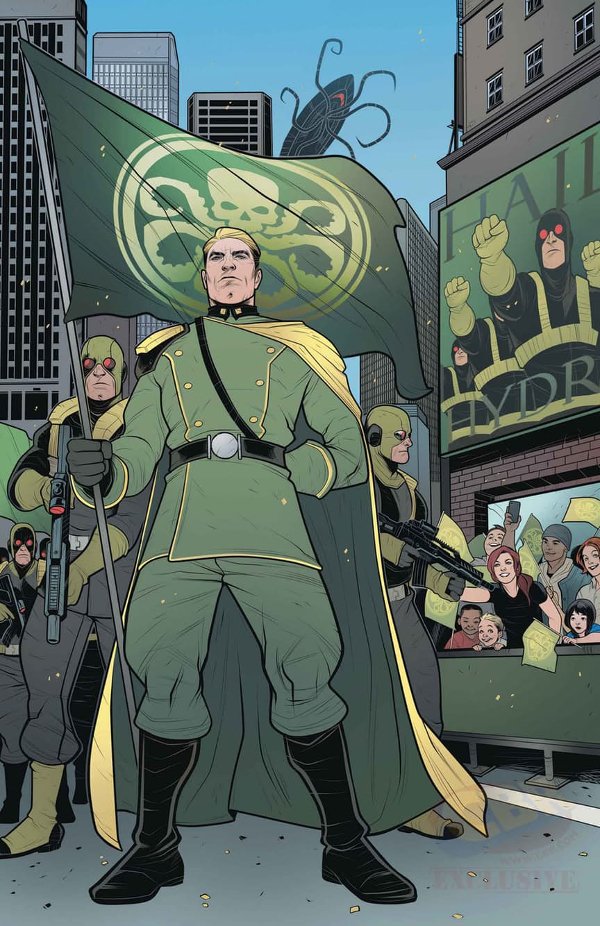 The controversy over the mere decision to go down this road with Steve Rogers hasn’t died down one bit, and a lot of you guys are doing way too much to voice your dissent.  A storyline for a character isn’t and shouldn’t be grounds to fire off angry tweets and emails, some with death threats, at the creative team behind it or Marvel.  I get that for some of you Steve Rogers is YOUR heroic icon and you just can’t bear seeing him like this or maybe you just think this isn’t a good story.  Either way the only advice I have for you is to sit this one out.  Because for the rest of us this story isn’t a whole lot different than this: 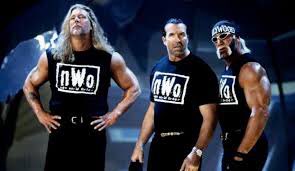 Same concept in the longstanding hero going bad and running roughshod over the people who once looked to him and/or called him friend.   You can even buy Hydra T-shirts just like you can NWO ones. And like with that story the fallen hero will eventually return to his roots. The fun is in the journey and how unique it is to previous iterations of a similar tale.   In the meantime you have a great live action version of the Steve Rogers you’re used to, and all his old stuff you can go back to.

And if it’s keeping with the ideals of Captain America you want to see in print….there’s always this guy: 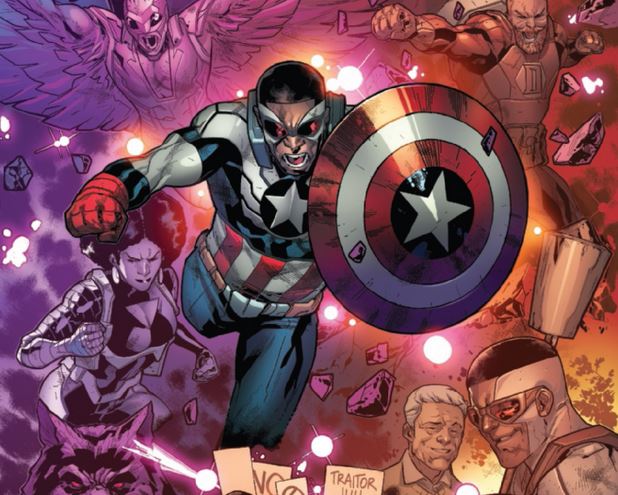 Sam Wilson has been serving as Captain America for over two years now, and has been doing it the way Steve always did.  ‘But Sam is the Falcon!’ you say?  Were you ok with Wally West as the Flash, or Dick Grayson as Batman, or more importantly Bucky Barnes as Captain America?  If you could accept those but not Sam Wilson as Cap then……..I’ll let you fill in the rest.  Just don’t tell on yourself in front of everybody. Because even as this event ends Rogers is likely going to have some longer road to redemption, and Wilson will be wearing those colors for a while.

And there’s the other elephant in the room: how many of you have actually read any of the story, or the backstory leading up? After a few more days of reading stuff on Twitter it’s painfully obvious that a lot of haven’t read any part of the last year of Cap comics, be they Steve or Sam’s book.  If you did you would know that Steve’s mind and memories have been manipulated, and that he’s not acting of his own accord. But if you’re just reading clickbait articles and page scans taken out of context, you’re playing yourself.  At least learn the actual particulars of the story before you crap on it.

But anyhow….in my humble opinion we’re off to a good start here.  Kudos to Spencer for a great leadup and hopefully a great event.