Anyone who has talked with me about music knows that U2 is my favorite group. They’ve been around as long as I’ve been alive, but they really hit their stride while I was growing up in the 80s and have continued on since then.  And if you know anything about them you know that their biggest album was The Joshua Tree. Well, Joshua Tree turned 30 years old this year so the boys are on tour to celebrate. So of course I had to go, and my wife came along this time.  I’ve seen them twice before but this show was unique unto itself.

The stage wasn’t as grandiose as the 360 Tour or even the Innocence and Experience Tour they did a little over a year ago, but you still had a big screen and the big lights that are customary at a U2 show.  Lead singer Bono doesn’t run and jump around like he did 30 years ago, but a) who does? and b) I think they show a confidence in the songs that they didn’t have before which requires fewer theatrics in performing them.  Bono’s voice is still one of the great ones in rock music, and lead guitarist The Edge is still one of the best as well. 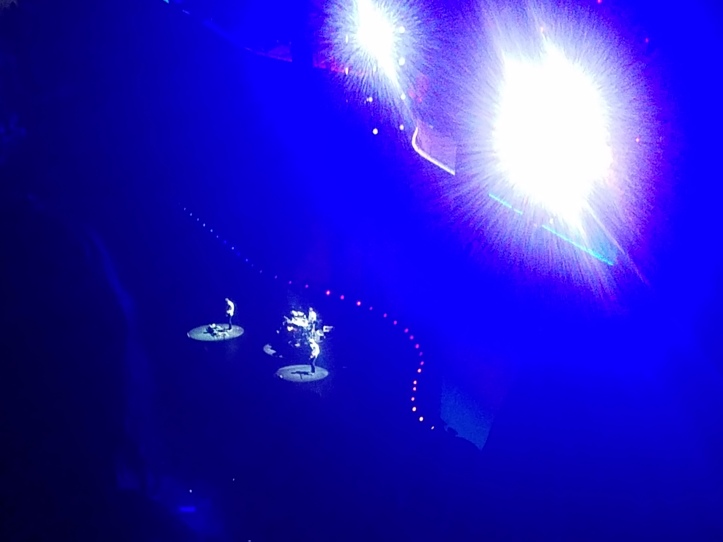 The occasion for this tour was of course the 30th anniversary of the Joshua Tree album so they performed the entire thing all the way through, including several songs they haven’t performed regularly in years like “Red Hill Mining Town” and “Trip through your Wires” along with iconic hits like “With or Without You” and “Where the Streets Have No Name”.  Outside of that they stuck to the hits and other concert mainstays like “Elevation”, “Vertigo”, and “Sunday Bloody Sunday”.  They know how to do a Just Play the Hits show as well as anyone and weren’t trying to get new material over this time, which frees them up in a way. 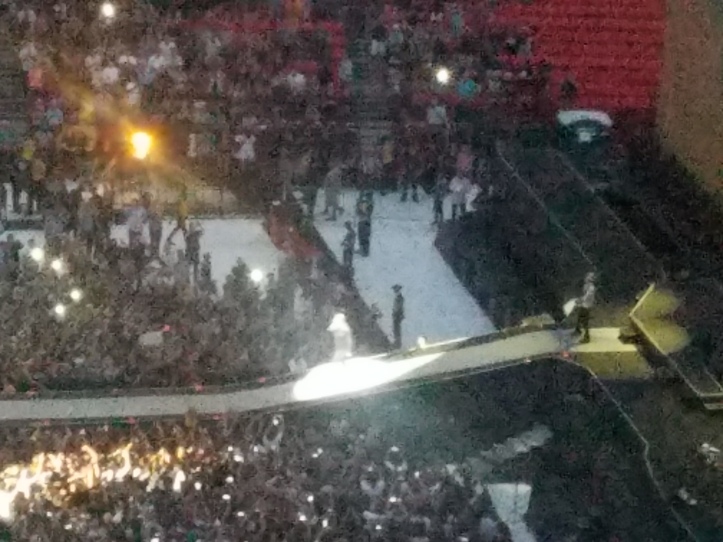 The group has never shied away from politics and stayed in that tradition, with several montages that both applauded and criticism various historic and current figures.  Bono has gotten better at interjecting his political statements into the show.  There were no long winded rants that had drummer Larry Mullen Jr looking at his watch. Instead the commentary was shorter, sweeter and helped lead into the next song. 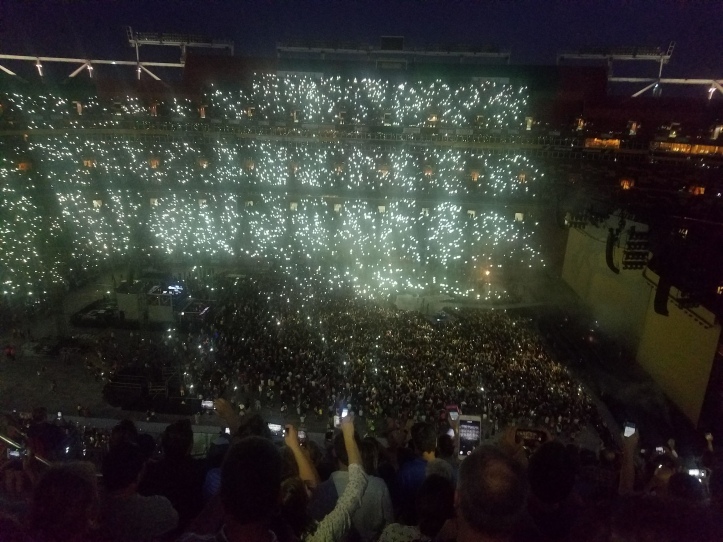 So thanks again for another great show celebrating one of the great rock albums of our time.  And hopefully we can do this again in a few years for Achtung Baby!