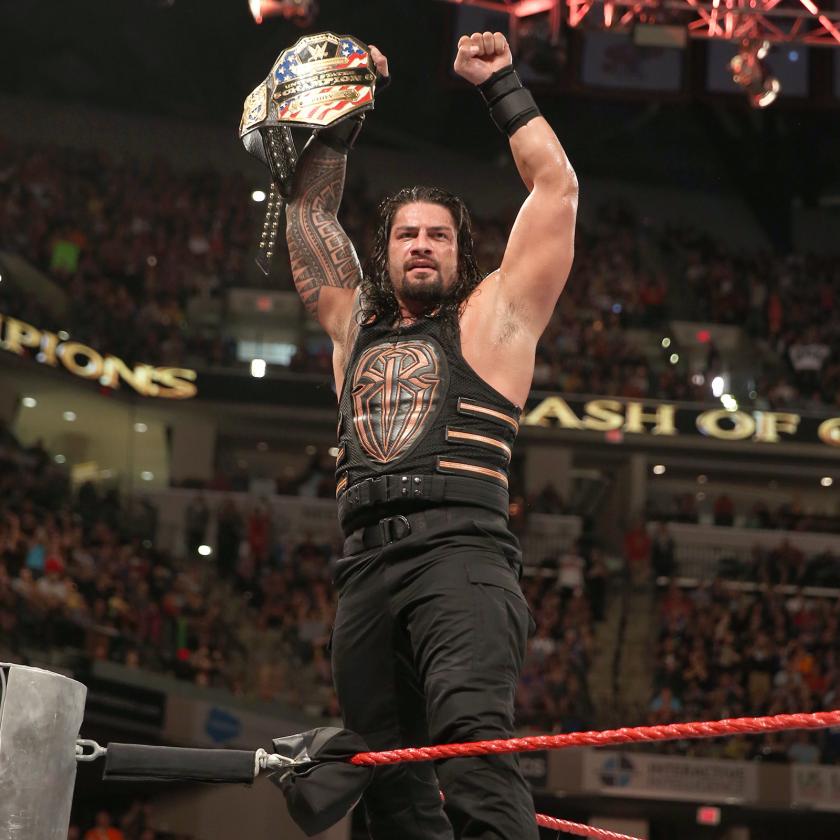 Roman Reigns is the guy – get over it

So here we are coming off of Summerslam and heading into No Mercy, and the Roman Reigns haters couldn’t go without finding some angle to complain about him.  Roman did the job in the main event, clean, and that wasn’t enough for some people.  They just didn’t want him there at all, for the same tired old reasons: can’t wrestle (false), always wins (false), shoved down our throats (no more than any other top level guy), no one likes him (false).

And now with PWI 500 out, and Roman being placed above internet favorite Kenny Omega the haters are out in full force.  This is even more absurd because it’s a kayfabe (storyline/character based) list, not some objective workrate type of list.  It’s like making a list of comic book characters based on how their stories went for the year. If Green Arrow whipped all his top bad guys but Spider-Man got his head handed to him by his this year, Green Arrow should be ranked higher regardless of where they rank in popularity or whatever. That’s all this is.

Month in and month out he is at or near the top of the most searched names or profiles on the wwe website or others. This was the line at a convention over the last weekend for a photo op with him:

That photo op wasn’t free, either.  So those folks and whoever got in line after this picture was taken did this on their own.  Vince didn’t force them to, and you can’t assign this to people not changing the channel because they’ve settled on what’s familiar. I’ve been to enough cons to know that you don’t do all of that for just anybody.

So the idea that no one likes Roman is ludicrous.  So is the idea that he shoved down our throats.  His first world title win came at his three year mark on the main roster, slower than a whole lot of guys. Compare where Roman is as a wrestler to where his cousin the Rock was when he won his first title a year faster.  If you think Roman is a punch and kick guy go watch the Rock back then.  Rock had one great match before 2000 (Summerslam 1998 vs Triple H), while Roman has been having them since six months after going solo. Go watch Batista when he won his first title.  Roman is also the main one responsible for Braun Strowman getting over.  Most of y’all thought Braun was a green stiff who would eventually be cannon fodder for the top guys, now y’all want him to win the title (which if he does would be faster than Roman got it).

Strowman’s rise is especially telling.  He’s everything you claim to hate – no indie/ROH experience, plucked off the street and thrown into a ring almost immediately, a ‘Vince guy’ in terms of his size and build, thrown into big matches really early in his career.  Strowman isn’t as good a wrestler as Roman is now and yet he’s sliding on all the stuff some of you give Roman crap for.  I’m fine with both guys. If you can work well enough to be put in big matches and you can draw money you should get those matches.  Main events and world titles are business decisions not merit badges.

If Roman showed up to work at any other company, with a few exceptions (mainly those who could pay him enough to come in and job to their top guy), they’d put their title on him in his debut match even though he’d have to use a different name to work there.  You think ROH or GFW would make him ‘earn’ that spot for a year, after seeing how quickly they put titles on Cody Rhodes and Alberto Del Rio, respectively?  They’re not stupid.

So get used to that picture, you’re gonna see it again.  If you want someone different stop chanting their name when they’re not around, then throwing a beach ball or chanting about a title belt when they’re in the ring.

2 thoughts on “Roman Reigns is the guy – get over it”