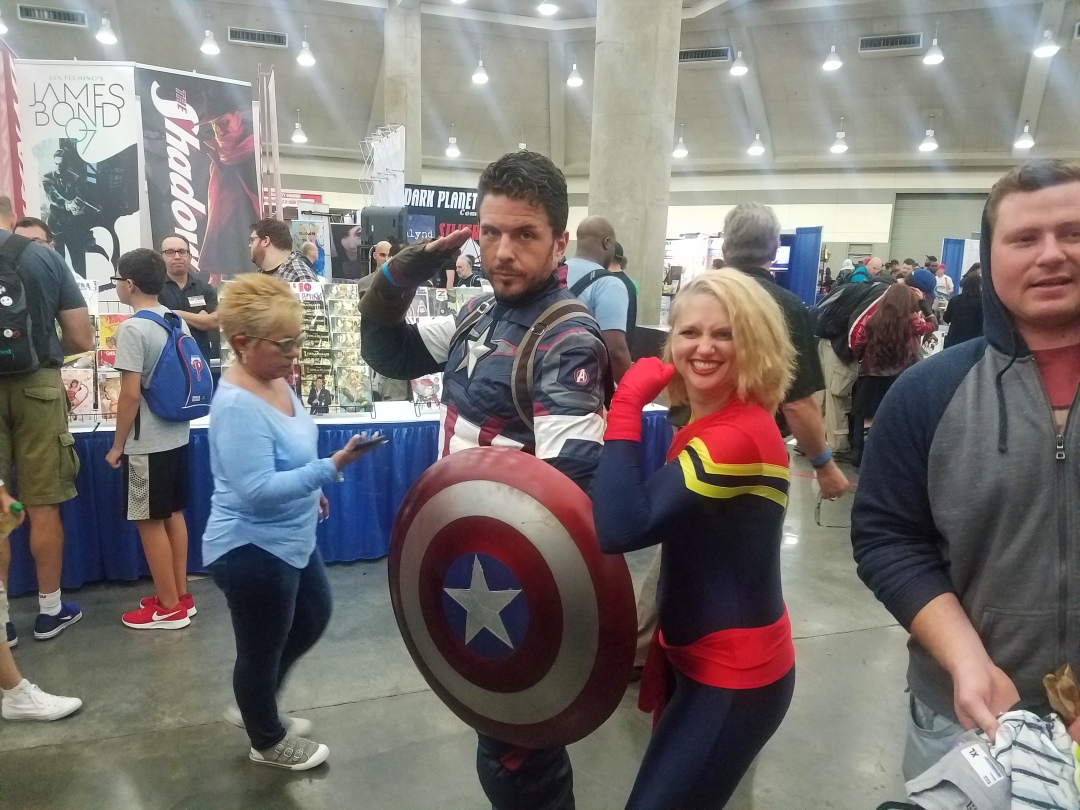 As has been the case for the last few years I hit up Baltimore Comic Con.  Of the cons I go to, Baltimore is the best one for actual comic stuff.  They have a lot of big name writers and artists there to sign books and for panel discussions, and it’s easier to navigate the Baltimore Convention Center floor than other places.  It’s also easy to get to by car or train and is close to the Geppi Comic Museum.  As always I got some pictures I took of various cosplayers.   I try to keep to people who don’t do the usual thing (Batman, Stormtroopers, Captain America, Deadpool).

There seems to be a disntinction amongst cons between those that are more about comics and cosplay and those that are more about panels and celebrity meet and greets.  Baltimore dabbles in the celebrity stuff – cast members from Gotham and Iron Fist were there – but not so much that it puts the comic stuff second.  Both ways are fine, but I’m glad that Baltimore is the way it is.

The highlight for me was meeting and getting a picture with Daryl McDaniels aka DMC from Run-DMC.  He was really cool and was just at a table like the other writers/artists, not tucked away in a VIP room somewhere. As a Run-DMC fan from way back that was truly a fanboy moment if there is one. I had to scramble to come up with a pose but here it is, along with the autograph I got from him:

And here are a few more shots I got while there:

Jake and Elwood, The Blues Brothers

Spider Gwen and some guys from Tron 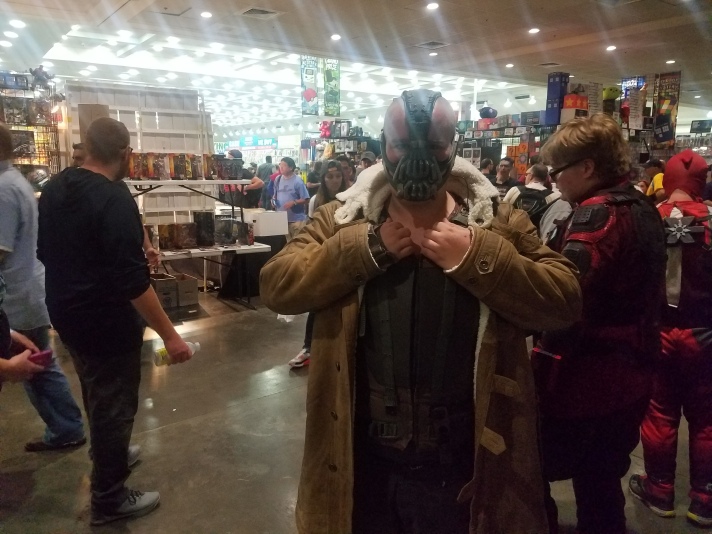 I have some more pictures I took over on my Stroke of Genius Facebook page for you to check out, too.