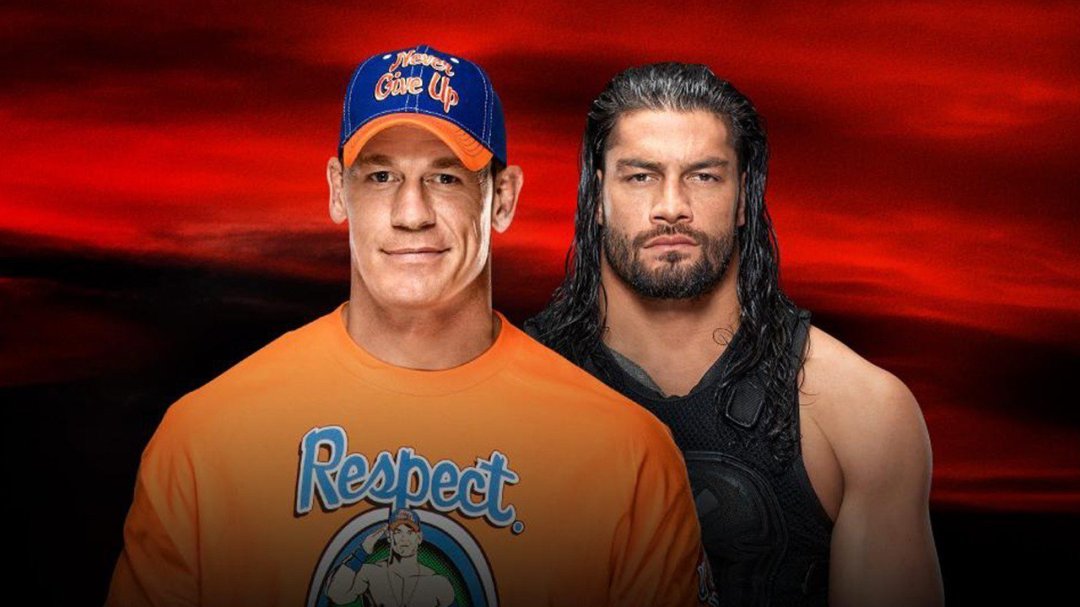 No Mercy is all done.  Instead of a full recap I’m just gonna hit a few points.

I’m of two minds about this.  On the one hand they only got nine and half minutes.  On the other hand that was longer than the main event and as long as several other matches.  So they weren’t really shortchanged for time compared to the men.

All that aside it was a really good match, the best RAW Women’s match this year in my book.  All five ladies got good work in had a chance to shine. Nia Jax’s spots made perfect use of her size and strength vs the others, and everyone came out looking strong.  Emma finally looks like a credible challenger for a future pay per view title match, too.

I thought it was really good.  One thing that seemd apparent to me is that Roman was leading the way more than Cena.  Did Roman kick out of too many finishers?  Yes, but it’s hard to beef about that then talk up other companies where that happens on the regular.  Is this the passing of the torch moment some people think? I don’t think so.  Cena isn’t retiring here.  I wouldn’t be surprised if we get a rematch at WrestleMania, with the Universal Title up for grabs.

Ok it’s ranting time.  A lot of you folks on the internet were big mad about Enzo winning the cruiserweight title because he’s the worst worker on 205 Live by a mile.  And my answer to that is…its your own fault.  Enzo gets more eyeballs on the show than anyone on there, and sells more merchandise by a wide margin.  What were they supposed to do?

If you want someone else on top you need to support them.  Buy merch if they have any.  Dial up their matches on the network and watch them. Click on their profile pages on the wwe website and ESPN.com. Punch their name in the search engine on the wwe sales page.  Watch their clips on YouTube.   Tweeting about them does nothing without throwing some money the company’s way.

Say what you want about Enzo, but the people who like him spend their money and attention in ways that wwe can monetize.  If you want someone else on top, spend yours accordingly. Rant over.

I wasn’t as disappointed with this as some people.  These are two big dudes having a big dude match.  They could have fit in some table or barricade spots, but there wasn’t going to be a bunch of flying around.  What was missing was someone who could sell their stuff in a more exciting fashion and give some back to them.  Somebody like…….Roman Reigns, maybe?

This match is as much a testament to what Reigns adds to a match as anything.  That he did great work individually with both but they were just ok without him says a lot.  It wasn’t awful in my book but it was missing that little something extra.  The finish came abruptly after nine minutes, I’m guessing because of time.  But nine minutes is about right for a one on one match with these two.

Really good show in my book.  The bulk of the complaints I saw were about the main event (warranted but overblown) and the winners and losers of certain matches namely Finn Balor over Bray Wyatt, Roman beating Cena, and Enzo beating Neville. To which I say…..get over it. Your favorites not winning doesn’t make a match or a show bad.

Roman hasn’t won a pay per view match since WrestleMania; I don’t care if you hate him, he’s gonna win sometimes.  Enzo I already talked about.  And as for Balor….well, if he gets Brock next isn’t that what y’all wanted?  You don’t send him into that with a loss.  Just make sure you keep the beach ball to yourself if it does transpire.