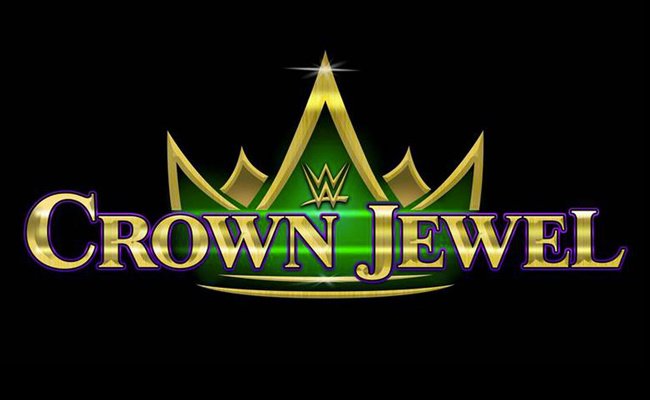 The Crown Jewel – what to do?

Should they have even done it?

In hindsight, it sure doesn’t look like it. It looks like they and a lot of other companies that were chomping at the bit to get in there and do business went for the ‘we’re letting women drive now!’ snow job and didn’t take into account the long history of what that country’s government has done as a predictor of what it may do in the future. So they should have just no from jump, right? In my opinion they at least had to consider the offer once it was made, because they’re not a subsidiary of some conglomerate or some billionaire’s vanity project. They are a large, separate entity that only has itself to rely on in a notoriously cyclical industry. Unlike Ring of Honor or New Japan, who can survive a nonprofitable year because their parent company can just write off the losses, they have to take in as much money as possible or else people lose jobs and things get cut. Cutting back on pyro, as much as we joked about it last year, makes a difference on their balance sheet. So an offer in double digit millions for one show isn’t something you can just ignore as it will help underwrite things like the production on NXT, which as far as we know does not turn a profit for them. So inside the walls of the company you bet they were going to consider it and take it unless there was something there that was scaring away some of the other big name companies going there like Disney, Fox, and others.

But what about from a moral standpoint? I hate to be the ‘everyone else is doing it’ guy, but are you asking Disney the same question? They made a big deal about distributing Black Panther there this year and are going to screen more films there in the future. If they stick to that are you going to stop going to Disney movies and refrain from ordering their streaming service next year when it comes out? Now I’m sure there are some of you who will do just that and I applaud your consistency. But I’m willing to bet most of you aren’t. So why single out WWE? Because it’s easy to. Vince McMahon is a single, easily hateable figure for reasons both legit and bogus, and even if you’re a wrestling fan there is still a hint of a stigma attached whereas nobody cares who Disney chair Bob Iger is and nobody is going to look at you funny if you tell them you’re going to see Captain Marvel on opening weekend. And if you feel so inclined you can drop it and move on without ever having to really explain yourself to anyone whereas “I don’t do anything Disney anymore” is going to lead to a long convoluted explanation that’s going to make you look weird to most people. Now on to my next question:

Should we even be mad?

If you are that’s fine, I won’t argue with you over it. But I have the sneaking suspicion that a lot of the people who are mad today are that way for other reasons or have other motives. I saw today a CEO of another wrestling company going all gung ho about blood money and such, and I had to restrain myself from responding with some major snark. Don’t think for one minute that if Vince said ‘no thanks’ to those guys that another company wouldn’t have snapped up the opportunity for a fraction of the payout. There are no saints in the wrestling business just as there aren’t anywhere else in the sports or entertainment industries. The Baltimore Orioles did a home and home exhibition with the Cuban national team when Fidel Castro was still riding high. A lot of your favorite recording artists take million dollar paydays to perform at weddings, birthday parties, etc for some of these same leaders and titans of industry. You get the cancel train rolling you may find yourself making some stops you weren’t expecting to. And before I go on a big middle finger to all the people who are using this to get shots in about whatever already existing beef they had. Agreeing to this show has no connection to whether or not your favorite guy is booked to your liking or whether you believe Vince killed all the territories. Just stop it already.

But this government is particularly despicable, right? Sure. But how much did you care about that before last week? The rendition and likely killing of that journalist, as evil as it is, pales in comparison to some of the other acts they’ve committed over the last few decades, acts that have been given a pass if not outright aided and abetted by many of the so called civilized Western nations by way of arms sales and other things. I have yet to see when our nation or any nations policies re: Saudi Arabia has been a major voting issue in any election, so in essence it hasn’t been a priority. I’m as guilty of that as everyone so don’t take that as me being a scold. To be honest I don’t think about what happens there unless something pops up in the news. That doesn’t mean you or I don’t care about it all per se, but it does mean that we don’t prioritize it. So to get all high and mighty today because one company we patronize got tied up with them in a way that we can’t ignore is a tad bit inconsistent, don’t you think? Again, there are people out there who do handle these things evenhanded across the board. But I doubt that any of them are among the people I’ve seen spouting off about it on Twitter.

And no, it does not feel good to say ‘it’s just business’ or ‘they’re not the only ones’ or to bring up our own deference to our respective governments willingness to let them get away with so much in the past. It doesn’t feel good to admit that you’re as complicit as anyone in allowing that regime to become as reckless as it has, because you don’t consider how your government deals with them to be an important voting issue. And I think that to throw all our anger or shame at Vince is a way of not confronting our own contribution to the mess. In making it a ‘cancel the show or you’re part of the problem’ choice for Vince we get to ignore that if there were no WWE to go there, it would be as problematic a place as it is now and that we would be just as guilty in allowing our government to treat them with kid gloves for decades no matter how low they sink. If that sounds like I’m giving Vince a pass well…..for all intents and purposes I guess I am. I have no rebuttal. There are limits to which I’ll defend it but there are also limits to how much I’ll criticize him for it. As far as I’m concerned there are no winners here and opposing him on principle here leaves you wide open to being challenged as to why you don’t oppose anyone else the same way. I haven’t jumped on anyone else about in a significant manner myself so doing here seems kinda phony to me.

So what to do going forward?

I hope they find a way out of this upcoming show, and cancel it. I’m not naïve enough to think they won’t ever come back later; like all the other companies scrambling to look right by feigning outrage they’ll be back once the heat dies down. I imagine they’re locked into some kind of contract that can’t just be outright cancelled so they’re going to have to fulfill some parts of it. In the future I hope they and everyone else think twice before jumping in with both feet. I guarantee you there are people drafting similar proposals to American businesses in countries we consider tyrannical but want to get in on the ‘hey, we’re progressing!’ game, and it would behoove everyone to not take the bait so quickly. As for us as fans, it’s a sobering event because you either blame one guy or you examine yourself, too. And that’s never any fun. That’s all I got, we’ll see what happens.