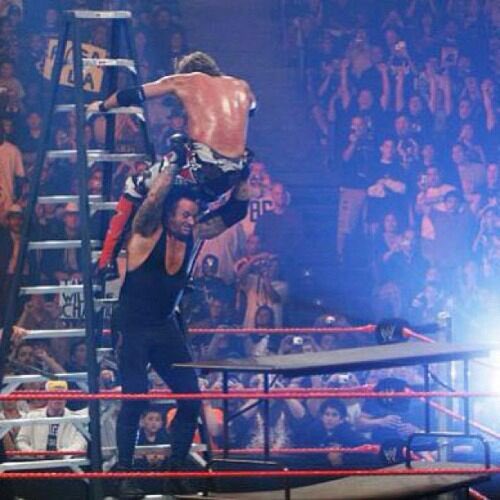 I’ve been going through the years I missed while on breaks from watching wrestling, and now I’m halfway through 2008. 2007 ended on a pretty lackluster note with John Cena out injured for months and Chris Benoit’s murder/suicide casting a huge shadow over the entire business and forcing some much needed cleaning up both in front of the camera and with some other policies. While a lot of people were upset with this so called PG approach, I never saw the problem with less blood, less cursing and fewer chairs to the head. Do you care about these folks as much as you say on social media or not?

2008 started off with Cena’s unexpected return and victory at the Royal Rumble, the turned bittersweet with Ric Flair losing a retirement match to Shawn Michaels at WrestleMania 24. Edge and the Undertaker were embroiled in a big feud over the World title over on Smackdown, Randy Orton was riding high as the WWE champion,, Chris Jericho had returned,, and the revived ECW was still chugging along as the third brand. So a lot was going on through the year. Which bring us to One Night Stand, which was the predecessor to what is now Extreme Rules. While I’ve been watching select matches from all the paybper views this is the first one from 2008 that I watched in its entirety so I figured I’d talk about it. So how was it?

Umaga had come in like gangbusters in 2006, getting the unbeatable monster treatment with an undefeated streak that ran for months. And like a lot of people who get that kind of push he didn’t recover once it ended because if you don’t have a character beyond unbeatable monster then there just isn’t much there to go with afterwards. The match spilled backstage into the hallways and concession area,, and saw a fire extinguisher among other things put to use. Then it went outside the building into the loading dock area where Jeff Hardy got real crazy as only he can. Good and wild opener.

This match was to determine the number one contender for the ECW World Title. In each corner there was a pole with a cane that you could use as a weapon, and a trash can full of canes to boot. Show started off just killing everybody before they ganged up on him. At one point Chavo swung a cane at Punk and hit NFLer Shawn Merriman (who was conveniently seated in the front row) instead, who soon returned the favor when Punk handed one to him. From there it was all out war with the canes on each other. Big Show got busted open on the ring steps and was down for a few minutes, then went back to town in a rage once he got up. Good, brutal match but not quite the senselessly laid out matches the original ECW was known for.

A rare Cena pay per view match that didn’t have a title involved. By 2008 those were few and far between. JBL was winding down his career and would retire almost a year later after WrestleMania 25. The two men had been feuding for the last few months and this was the big blow off match.. This was a good brawl and a long way from their first big match at Mania 21. Both guys made good use of weapons with the intent to draw blood, and the overall work was good. 2008 seems to be a point where Cena began to hit his stride as an in ring worker and JBL was one of the better tag team to singles transitions ever. In a switch from the usual JBL bled from the mouth for the finish instead of his forehead. This may have been part of the transitioning to a PG level of content but I don’t know. Good match regardless.

This was my first time seeing Melina in a big match. Early on Melina went for submission holds while Beth ragdolled her in response. It quickly turned into Beth’s power vs Melina trying to counter with technical skills. It ended when Beth caught her in an excruciating looking seated stretch muffler type hold. 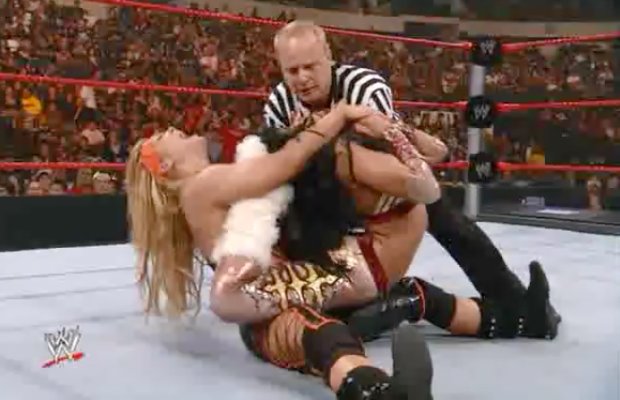 Good match from both ladies and a perfect contrast in styles that got across Beth’s physical dominance.

This is a rematch from Backlash, where Michaels got a win after suckering Batista with a feigned knee injury. Michaels was having some interactions with Chris Jericho leading up to this so there was the possibility of him getting involved here. The match was good but it was a standard HBK sell for the big guy affair. Jericho did get involved but it was try and get Michaels back up after Batista laid him out, which only led to more punishment before Batista finally winning. A well done but still paint by numbers affair.

Unless I’m wrong this is the first time Orton used ‘Voices’ as his entrance music on a pay per view. Hunter was the champion going into this, having won it at Backlash. The two men have faced each other a million times both before and after this match it seems, but when one of their matches clicks it’s great. They fought all over the ring and out on the floor, and the near 10 counts were set up nicely. The match ended pretty abruptly after 13 minutes when HHH clocked Randy with his sledgehammer and Orton just stayed down for 10. Turns out Randy broke his collarbone a minute earlier when he got dumped out of the ring and landed badly, which explains the ending.

The title had been vacated when Smackdown GM Vickie Guerrero stripped Taker of the title then overruled his victory the month prior at Backlash. There was another stipulation in that Taker was banned from all of WWE if he lost. This was the perfect setup because even the matches were good between them the eye test that said Taker should kill Edge was hard to get past for a regular match. And needless to say when Edge got the advantage it was through sneaky counters of Takers offense. Both guys got some cool spots in with both the tables and the ladders.

As expected, Edge’s flunkies Zack Ryder and Curt Hawkins ran in late to run interference and buy him time. And after thwarting them Chavo and Bam Neely, who were also working for Vickie, came in for more interference which enabled Edge to get the win and secure the title. The match was entertaining but was 100 percent a spot fest so if you don’t like that kind of thing then you may not like this much.

A sneaky great show. Given the names involved one would expect a great show but for a June pay per view good but not great is often the norm. But every match on the show was good to very good, or great depending on your tastes. Other shows earlier in the year had higher emotional moments like Cena’s return and Flair’s farewell but the middle and and low end of this show were better.. Definite recommend for a watch if you’re looking for a show to check out on a whim.