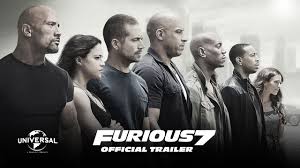 I know, I know.  This is way late.  But I just saw the movie, so what can you do?  I’m a big fan of the Fast and Furious movies and have seen them all, four in the theater.  When it comes to knowing what you came to see and giving it to you, the crew behind these movies have figured it out and then some.  No attempts at making high art (beyond the action set pieces), they keep it simple and don’t try to do too much.  The winning streak continues here.  What holds the movies together more than anything are the real sense of family that the cast conveys to the audience.  When Vin Diesel is giving one of his Dominic Toretto quotes about how family matters more than anything else in this world, you believe that he really means it.  The cast members have a great chemistry together and have always been able to create a whole that is much greater than the sum of if its parts. None of the individual members are particularly renowned thespians but they play the hell out of their roles in these films and make you feel every bit of the sense of family that the script says exists.  (If you’re not into these movies you probably don’t buy one bit of what I just wrote, but I’ll call scoreboard based on box office receipts.)  Anyhow…..

Deckard Shaw (Jason Statham), brother of Fast Six’s villain Owen Shaw comes after Dom and the crew to get revenge.  A government operative  codenamed Mr. Nobody (Kurt Russell), who’s been after Shaw for a while, finds Dom and enlists he and the crew to take down their mutual enemy.

The films always promise great action and deliver.  This one is no different.  When you think they can’t dream up any new car stunts, they show you otherwise.  Jason Statham does a good job as the villain.  Rhonda Rousey and Tony Jaa got in some good work as a security chief and henchman, respectively.  They did what they were hired to do, get in some good fight scenes, and didn’t get too many lines.  As I said earlier, the cast worked well together as they always do.  Paul Walker’s Brian O’Connor got a lot more emphasis in this installment after what looked like a downsizing of sorts in Fast Six, which was somewhat surprising to me given that we didn’t know how filming he’d done before his untimely passing.  The theme of ‘one last ride’ was sprinkled throughout the film largely in reference to Walker’s character, and his O’Connor’s struggle with getting away from all the action and settling down with wife Mia (Jordanna Brewster) and their growing family serves as a backdrop for the send off he gets as the film closes. 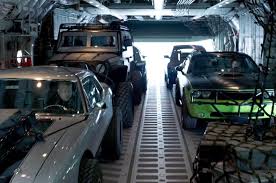 I was glad that Russell’s character did not pull a heel turn and reveal himself to be with Shaw.  That kind of cliched plot twist has been overused in these kinds of movies and didn’t need to be dragged out again.  Djimon Honshu shows up as an ally of convenience for Shaw about a third of the way through the movie and does his part well.  And the decision to set Fast 4, 5 , and 6 as taking place before the third film (Tokyo Drift) was finally tied together as crew member Han’s death in Tokyo Drift was shown to be at the hands of Shaw at the beginning of Furious 7 and Lucas Black, the protagonist of Drift got in a brief cameo in this film to build off of Drift’s final scene between he and Toretto.  The Rock got enough time to do his thing without taking over the movie and crowding everyone else out.

As awesome as the action pieces and car stunts were, I think they reached the point where over the top turned into no effing way.  With Fast 8 already greenlit, I don’t see how you take it up any more notches without making it a Transformers movie and the cars all turning into fighting robots.  As great as the final act was, there were things going on that just flat out wouldn’t take place in an American city.  Honshu’s men flying an armed chopper around LA and releasing an armed remote drone without any military intervention, and no police intervention until well after they would have been called in.  Ludacris fighting like someone with training and not a street smart hacker.  Walker keeping up with Tony Jaa.  Now these things were all executed well on screen, but they weren’t the least bit believable.  But that’s really it.

If you love the other ones you’ll love this one.  The real question is: what next?  With O’Connor retired as a character and Walker no longer with us the second most important member of the crew is gone.  O’Connor was always the straight man to Torretto’s alpha dog, tough guy father figure and later on to the Rock’s WWE-meets-FBI played Agent Hobbs, and Tyrese’s funny con man Roman Pierce.  He was the grounding force to the crew and won’t be there anymore.  Between that and the can’t be topped nature of the car stunts, this movie feels like a grand final chapter and not a prelude to another chapter.  The final scenes which served as a sendoff and tribute to Walker had me crying; it may sound crazy but if you love these movies you’ll understand.  The film pushed all the right buttons and was a fun ride.