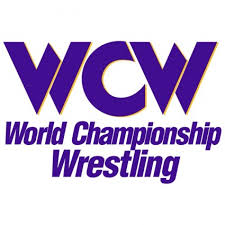 Another Retro Recap here, this one for Starrcade 86 – Night of the Skywalkers.  This one was the last one before the NWA ventured into Pay-Per-View, and wasn’t available in its entirety for us little people until the WWE Network came into existence.  (One more reason to order the Network if you haven’t already.  It’s just ten bucks people.)  There are definitely some things about the show that reflect the times, one being segments where the big shows for the following year were plugged, complete with highlights of the 1986 versions.  Another was the generic entrance music for everyone other than Ric Flair, I guess because securing the rights to use them at a large scale show were too much.

The card itself was set up in similar fashion to the 1985 show with 12 matches split evenly between two locations, Atlanta and Greensboro, North Carolina.  It also had several matches that wouldn’t make it onto any kind of big event post-early 90s.  The companies eventually realized that it was better to have 8 matches with little no filler than 12 matches with lots of it.  So there was some real skip worthy stuff here if you’re watching it almost 30 years later.  But it managed to not drag the show down because they all got some decent crowd reactions and the matches themselves were pretty well done.

The show was also a lot different than it had originally been planned out.  The main event was supposed to be Magnum T.A. taking on Ric Flair for the title.  Magnum was a quickly rising face who was poised to become the guy for the company in another year or so.  But he was in a horrible car accident that ended his career, so some radical changes had to be made.  Magnum’s one time rival, Nikita Koloff, made an abrupt face turn and joined forces with Magnum’s best friend and partner Dusty Rhodes.  He got the main event slot in Magnum’s absence.  And Ron Garvin, who was supposed to start a program with Koloff got shuffled into a no-DQ match with Big Bubba Rogers (later the Big Bossman in the WWF).  They somehow made it work, though.

Now you’re wondering ‘what?’  These guys were all regulars on NWA TV, so the crowd knew them, and even though these guys weren’t any kind of draw the crowd respected them enough to cheer and boo accordingly.  Several of them (Royal, the Kernodles, Guerrero, Raschke, and Whatley) were on their last roundups as regular performers for the company.  The matches themselves weren’t bad, just kinda unnecessary by 2015 standards.

More matches to fill up space. The last two wouldn’t make a 2015 show.  But again they were decent enough, didn’t drag on, and the people involved were TV regulars so people knew them and responded to them.

The card had too many matches by 2015 standards, but this was before monthly big events were a thing.  Using the whole roster was something you did because shows of this level of importance only happened once or twice a year.  But even the early matches with low level guys had crowd support and were well worked.  The big matches all delivered from the potentially disastrous scaffold match to the title matches.  Everybody came to work and it showed.  This was 1980s NWA wrestling at its best.