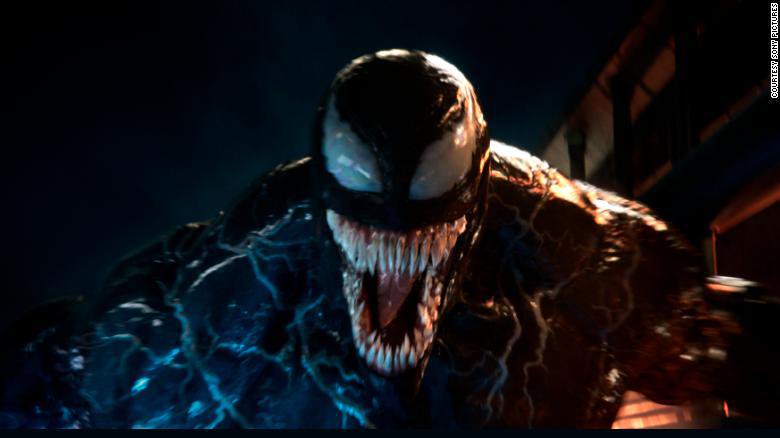 Venom and Pre-hating on things

As of the time I’m starting this post, I have not yet seen Venom, although I do plan on seeing it eventually. I originally wanted no part of it but now my curiosity has been piqued. My reason to avoid it was the same as most other people who weren’t for it all this time, namely that doing a Venom origin movie with no Spider-Man is pretty dumb. I refused, however, to declare that the movie was going to be bad and continue to say so up until the release date. Sticking to basic canon is always the best choice, but everyone is not going to do that and it doesn’t mean that what they do is going to suck just because they didn’t. Yes it can be frustrating, even infuriating when it’s obvious the filmmakers just took some basic effects from the source material like costumes and did what they wanted, faithfulness be damned. We’ve sat through almost two decades of X-Men films that only occasionally came close to getting things right, and with that coming to an end soon there’s a desire on the part of a lot of people to never deal with that kind of thing again. And for me that’s where it gets dicey.

Why? Because as far off base as those movies often were, I enjoyed several of them (X-Men, X-2, First Class, and Days of Future Past were all good, entertaining movies in my opinion), and I didn’t sit around mad because Marvel didn’t have the movie rights to them to do them ‘the right way’. You can make a movie that doesn’t show proper fealty to where it’s characters came from that is still entertaining and a good way to spend a few hours of your time. And while I understand that for a lot of people that’s a bridge they no longer want to cross if you’re one that writes, podcasts, whatever about movies I don’t think you should spend a year or more working off your own preconceived opinion of how the final product is going to be that is already shaded by a full and total opposition to the film even being made. I’m sorry, you’re just not going to be objective about it and that’s that. And when you’ve gone beyond being just somebody who yammers on social media and have successfully built an outlet that people turn to you’re now affecting people’s entertainment choices. Your followers/listeners/viewers do take cues from you and if you’re not coming at them square you’re doing a disservice.

The last thing I want to do is convince someone to skip out on something they may have liked simply because I didn’t want it made. If I can’t drag myself to sit through it and form a fair opinion then I just won’t talk about it; you deserve better than to be given an unfair take on something by someone who was against it from jump. I’ll tell on myself here a bit: I did not like what Marvel Studios came up with for Spider-Man in the MCU. I really wanted one more movie in the Amazing Spider-Man series with Andrew Garfield to properly close it out, and I did not want a back to high school Peter Parker going forward. I even said so when I reviewed Spider-Man: Homecoming last year. In that case my personal opinion and wants absolutely played a role in how I took that particular movie and I felt the need to put that out there upfront so anyone who read my review knew what they were dealing with. And that’s something I don’t see enough of around here, to be honest. None of us are unbiased; we all have our preferences and desires for characters, story arcs, etc that we want to see fulfilled and when we don’t get them it absolutely affects the way we talk about what we are given instead. No need to lie to anyone, especially ourselves, about it.

I’m on my high horse here about this because I don’t just see it with movies, I see it in a lot of the other forms of entertainment I’m into. Way too many times I see people flat out rejecting the very premise of comic book story arcs, TV show plots, and wrestling characters/storylines before they even get started. Just the hint of an idea about what’s coming is enough for some people to crap on it, very loudly, and ruin the entire mood from jump. And I have to ask, what are we getting out of this? From where I’m sitting it doesn’t make anything more enjoyable. It seems that once some people have developed an emotional stake in something be it a movie, TV show, video game, whatever then they become possessive of that thing to the point where they feel like the creators have to read their minds and perfectly regurgitate what’s in there or else they’ve totally failed. Any and all deviations are to be punished by way of a perpetual shaming be it on social media, their podcasts, blogs, YouTube shows, you name it. And the rest of us have to choose between listening to that and either agreeing or disagreeing, or ignoring it altogether for our own sanity and continued enjoyment of whatever it is we’re doing.

My solution has been to get away from the negativity. I used to listen to a lot of podcasts about various subjects now I mostly don’t. My philosophy on entertainment is that I pick stuff I like to do and am interested in, and I tend to at least generally like the things I choose even when I do have a critique here or there. But I have yet to find anything more fun or enjoyable because I heard a bunch of scoops and rumors about it ahead of time or from listening to people trash it for an hour every week. Sorry but I do this stuff as a fun diversion from the serious things in life and I got no time or obligation to indulge someone else’s moaning about it, whether they’re serious or just doing a gimmick to get attention on the internet and make a few dollars. The need for some fans to control the entire creative process, even when there’s a different path that could be more successful and possibly make for a better all around product, is poisoning entertainment right now (more from me on that here). Even a small difference of opinion can lead to a deluge of bellyaching from people who want a specific result, saying that they just want you to ‘listen to the fans’, many of whom have never tried sitting down and actually creating anything themselves beyond making Reddit comments or angry tweets. For me the line in the sand has been drawn and it’s an easy choice: keep enjoying the things I’ve always enjoyed as opposed to taking in all the complaints.

Finally, to date it looks like Venom has survived to pre-release boo birds. It’s grossed almost $400 million worldwide and well into profitability, and moviegoers are scoring it much better than critics. So maybe there’s hope. I haven’t seen it yet, and I’m 50/50 on getting to it before it’s gone right now. But either way I’m happy that people were able to ignore all the pregame gnashing of teeth and check it out for themselves once they were interested. Art and entertainment are better when more people are able to try to make whatever it is they conceptualize and not try to chase the approval of fans posing as experts. And I say as someone who often seems himself as somewhat of an expert on these things, yeah I have ideas and stuff I’d like and prefer to see made or carried out onscreen. But if you’re making the stuff the last thing you should is ask me what I want then try to recreate it. Because some of the stuff I think would be awesome just might suck in execution. Or they may not be satisfying for you to make, to the point where it drags down your entire work (which will show in the finished product). Just make the best stuff you can, the way you see fit. Some of it I’ll like, some of it I won’t, but your best chance to succeed is to do your thing not mine, and if it’s part of something I like anyway then chances are I’ll find something redeeming about it anyway even if I would have done it different myself.