Believing in the Shield

Unless something changes, we’re heading into the home stretch for what is in my opinion the best faction I’ve ever seen with the exception of the first run of the Four Horsemen. When they first debuted if you’d told me that I would be making that statement today I would have blown you off. But in 2019, I’m saying it and I’m not crazy (At least not today). 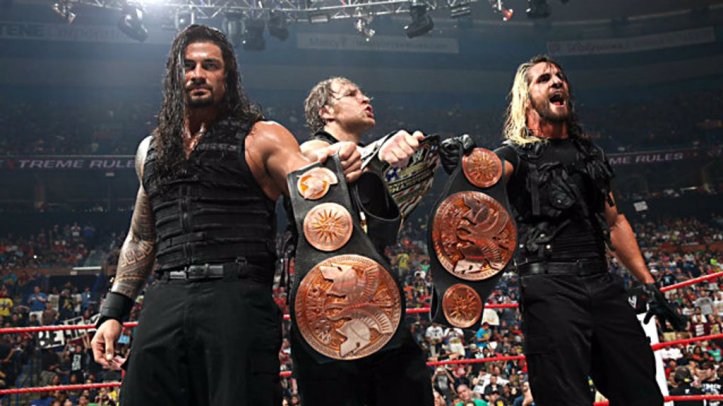 The Shield were different. They were younger than the Horsemen and the NWO, more serious than Degeneration X, more ambitious than the Freebirds, and more together than Evolution. They didn’t exist just to antagonize the faces, or pursue personal agendas, or protect the leader’s title reign. And even though every faction is initially thrown together by a Booker they actually came across like three guys who had been together for life. 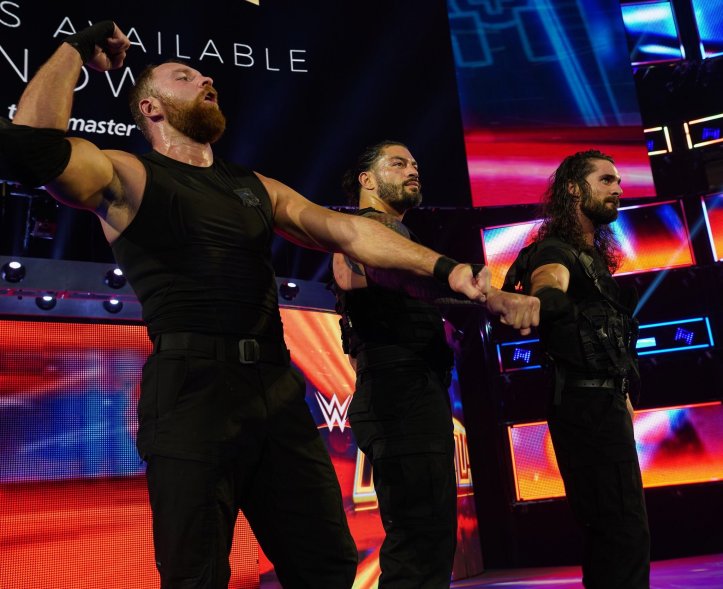 They may be the last of their kind – three guys who debuted together, but without the whole world being tipped off first. We didn’t know they were coming; although they’d all been in NXT the three men had not been working together and were playing different characters entirely. And because this was pre WWE Network we were not all in tune with any of them before they showed up that night in 2012 at the Survivor Series.

And because we didn’t know them like that we didn’t have many preconceived notions as to which member should do what and how. If you didn’t follow indie wrestling then you had no clue who any of them were, so you could just watch it all unfold. They were three men who descended upon us like a shadow in broad daylight, eclipsing others while standing out at the same time. They had an aura, a presence about them that made them more than goons, more than three guys who would be there for a few angles then break up with one guy becoming a star while the others faded away. When the commentators referred to them as a pack of wild dogs or something similar, it was fitting because they moved like that. They didn’t jump people, they swarmed them, be it during a match, a run in, or some other attack. They didn’t just rush the ring, they surrounded it and then moved in, giving a sense of doom to whoever was stuck in there with them. They punctuated all of their moves with something special, even walking to the ring for a match. Seth Rollins diving over the barricade into a forward roll, Dean jumping over then Roman climbing over it which alluded to each man’s specialty – Seth the acrobat, Dean they hyped up brawler, and Roman the big man to bat cleanup. 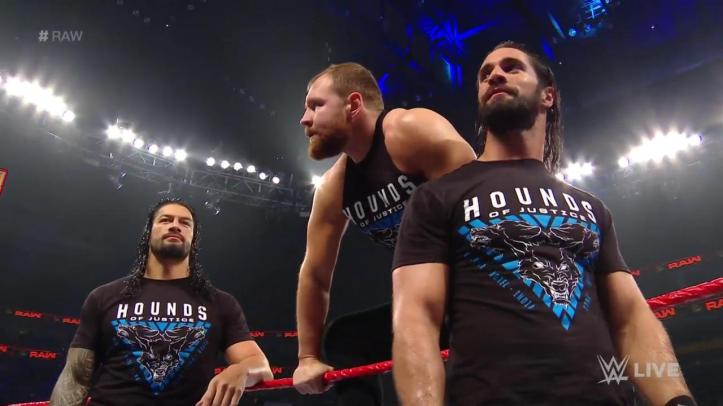 Three men, each with their own distinctive flavor, who moved and worked as one. At first it just a physical thing in their matches, fights, etc. But over time we got to see them evolve while maintaining their core characters. We got to see them argue with each other, almost come to blows, kinda sorta split up when Seth turned on Roman and Dean and joined the Authority (I say kinda sorta since Dean and Roman never parted ways), get in each others faces again when Dean threatened to win the Money in the Bank briefcase and cash it on whoever won Seth and Roman’s match that night, start to come back together when Seth and Roman started helping each other again, then fully reunite when Seth and Dean finally hashed out their differences behind Seth’s heel turn. We saw them come back together again after Dean returned from injury, Dean and Seth fight again while Roman was out battling leukemia, and now what is being filled as the last ride together as Dean appears to be leaving after WrestleMania. Six years of ups and downs, breakups and makeups, the whole shebang. 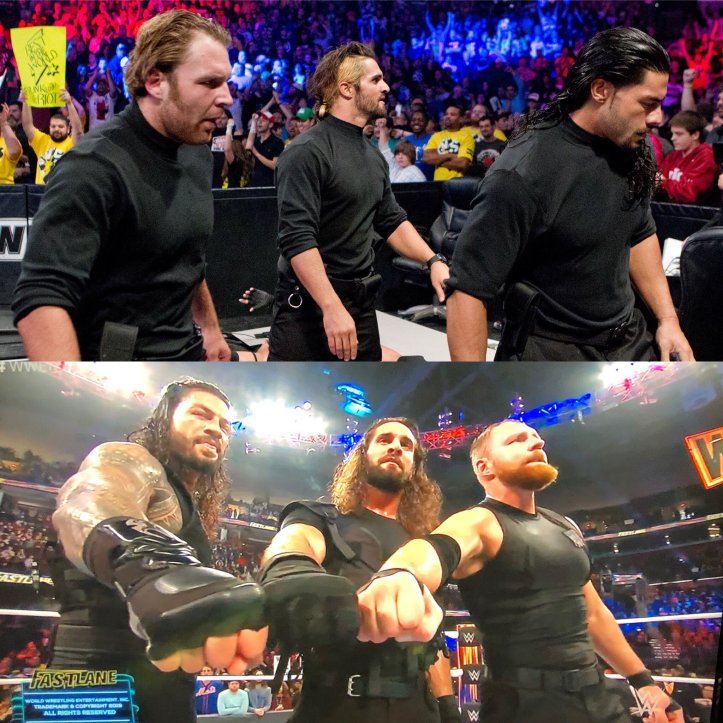 Last Monday summed up how they’ve traveled better than anything. Roman the muscle of the group now turned big brother, hurt after being attacked by Drew McIntyre, not wanting to be seen in a state of weakness. Seth, no longer the conniving schemer but still always looking at the bigger picture, insisting Roman get checked out. And Dean, still the Wildman but now acting out of love and loyalty, popping off and demanding a chance to get revenge on McIntyre that same night. And this was all 24 hours after what has been billed as their last match together where they relived all of their greatest hits – the original entrance, the swarming of their opponents, the triple powerbomb through the table, Seth jumping off the balcony, you name it. In a two day span we got to see what they started out as and what they’ve become. 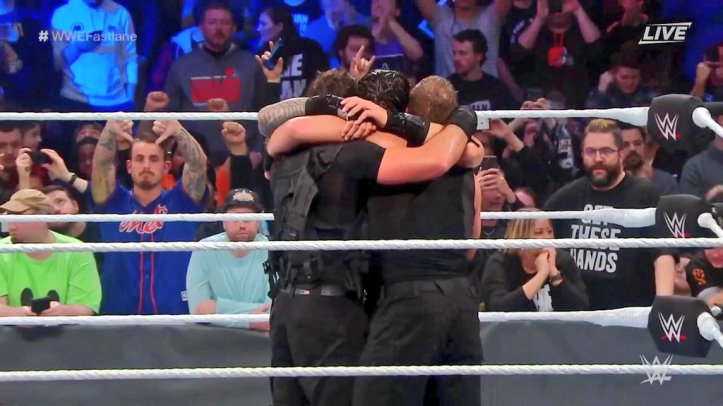 We’ll never see anything like this again. They got six years together in the same company, the same three guys, to grow and evolve together as a trio like no other faction ever. No extraneous members, no lineup changes, and no company jumping. One continuous thread of a story so well played by all three that even a bad turn like the Dean/Seth feud from this winter was rectified was folded into their larger story within a matter of weeks. That’s how good these guys became as a group.

I’ll end by saying that I hope Dean Ambrose finds it in him to stay or come back down the road. If Fastlane ends up not being the last time after all I’m more than ready to see them again. But if it is, then thank you Dean Ambrose, Seth Rollins, and Roman Reigns. I, and a lot of others, always have and always will believe in the Shield.