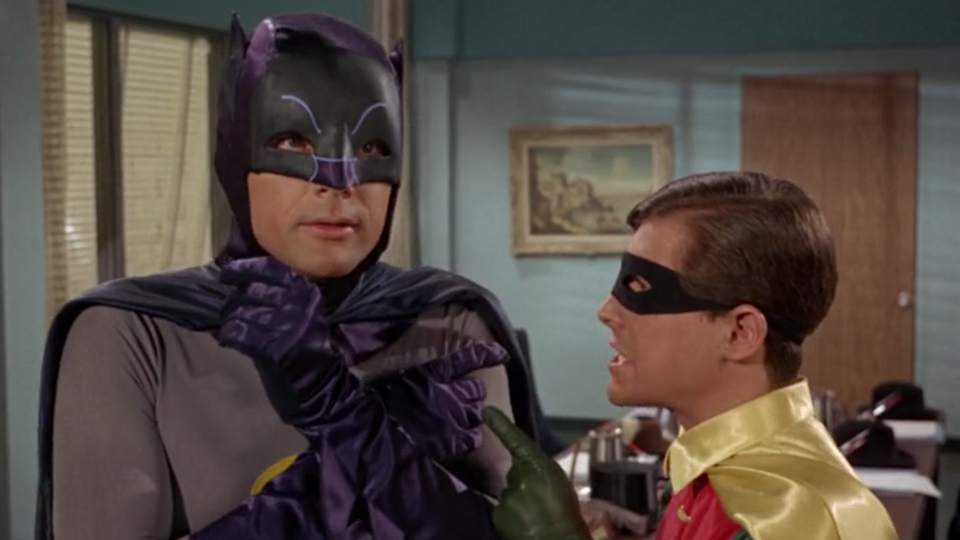 My first superhero was Batman.  I used to watch reruns of the old Batman show starring Adam West every afternoon when I was three and four years old, and one of my first toys was a Batmobile.  And I was clearly wasn’t the only one, as many people in my age group got introduced to superheroes with that show.  And to be honest none of us really picked up at the time that it was actually a send up of super serious superhero stories, and tongue in cheek retelling of sorts.  We just thought it was really cool and we lapped it up.

The show still holds up today,  even in an age where superhero stories have gained a level of legitimacy and seriousness in our society.  The show knew exactly what it was at all times and never promised or insinuated to be anything different than what you expected.  And West was the man who made it go.  The wit and tone with which he delivered even the most ridiculous of lines and situations helped get the whole thing over with the audience. There just aren’t that many people who could get this kind of thing over:

Now some of you met Batman through the really great animated series that ran during the 90s, but while I loved that my favorite episode was when Adam West guest starred as the Gray Ghost, a TV character that inspired Bruce Wayne’s turn as Batman.  My Batman coming in to help a lot of yours was a truly magical moment for me and I’m sure a lot of other people.

Just last year I got to meet Mr. West and Burt Ward, who played Robin. And for a few moments I was five years old again, in awe of one of my heroes.  Thank you Mr. West for introducing me to the world of superheroes and for being one of the highlights of my life and so many others. Like you said as the Gray Ghost, it wasn’t all for nothing.