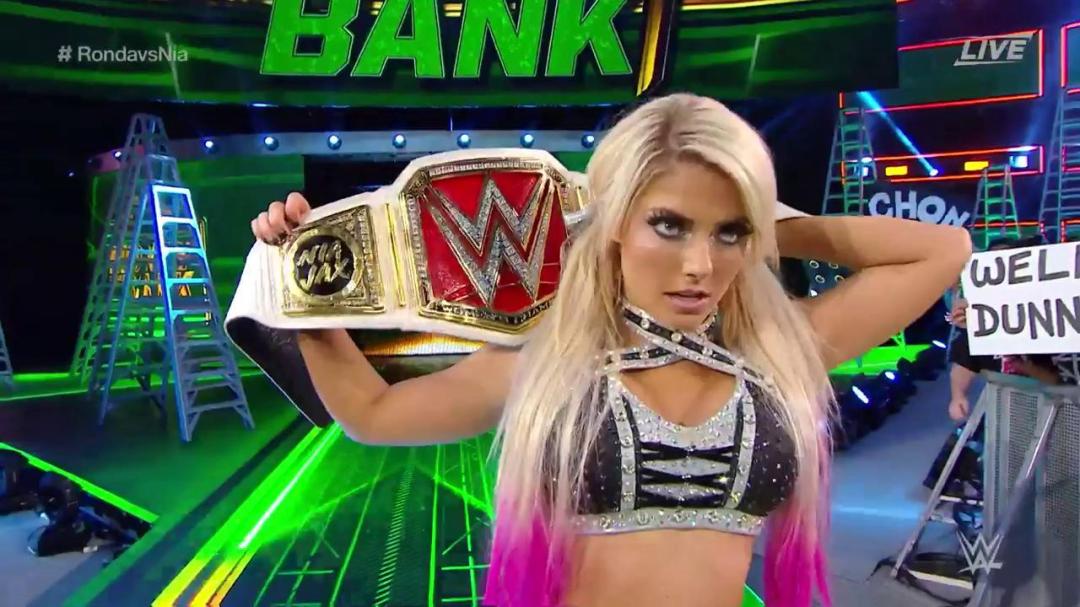 Three great, match of the year candidates. The opener for the tag titles is the best tag team match I’ve seen this year. Orney Lorcan and Danny Burch were made, winning over and earning the respect of a crowd that was cheering the more well known heels the Undisputed Era. Ricochet and Velveteen Dream had an awesome match that took the stuff they did on the house show circuit to a whole new level. And the main event between Gargano and Ciampa is my match of the year so far. They went over 30 minutes with sheer intensity and brutality but without being repetitive throughout like their first match felt to me. And that finish was an all time curveball. Great show as usual from the NXT brand.

Money in the Bank

The show was a major rebound from Backlash, which was ok in my opinion but got crushed hard in a lot of circles. I’m going to go in depth on every match so first up some quick hits.

Now on to heavier things:

Women’s Money in the Bank Match

Great job all around. I was concerned about this one going in because of the eight ladies involved only three had been in this kind of match before (Charlotte, Becky, Nattie) and then you had Lana, who while she’s improved is still far from being a serious in ring player. I didn’t know if they would play things too cautiously or try to do too much and get sloppy. And I was worried that they were going to have Nattie win to try and set up some convoluted heel turn on Ronda Rousey later on. Thankfully none of that happened and instead we got a really good, entertaining match with lots of cool spots and really good work from almost everyone. Yeah….almost everyone. More on that in two seconds. But back to the match here. One thing I always look at with the women’s matches is how much time they get relative to the men. That became a sticking point of mine because when I came back as a fan in 2012 the women were getting ridiculously short amounts of time for their matches, I’m talking less than 10 minutes for things like 5 on 5 elimination matches. Last year at Money in the Bank the women’s match only went 13 minutes, which was a disgrace compared to pretty much every other Money in the Bank match that ever happened. This year they rectified it by getting 18 and half minutes, the third longest on the whole show. That five minutes makes a whole world of difference when it comes to how much you can get in. And now to the third and final women’s match of the night….

Surprise of the night here. This thing had disaster written all over it given that Ronda Rousey is so new to the business and Nia Jax is not someone to lead a match. I thought going in that some kind of backstage attack or run-in during the match would either cause it to not happen at all or get cut really short. But they worked an 11 minute one on one match and both ladies came out of looking good. Ronda looked like a natural, incorporated her judo stuff into her offense, and sold well. Nia should be proud that she was trusted in there with Ronda in a one on one match where she had to lead. They could have very easily put Nattie in there as Ronda’s first opponent since they train together and all, but they went with Nia which should be a testament to her. As for the cash in, it was the right call. Nia clean jobbing to Ronda would have been a bad move and no way was the opposite happening. Having Alexa whack them both with the briefcase for the DQ and just leaving would have been stupid. Cashing in right there was right and adds the same ‘can happen at any time’ element to the women’s briefcase that the men’s briefcase carries.

Now, back to the ‘almost everyone’ comment I had earlier. Alexa winning and cashing in to become RAW Women’s champion rubbed a lot of people I talk to on twitter the wrong way. The issues were that she held the title from May of last year until WrestleMania 34 with a two week break in August, almost a year, then gets it back two and a half months later while Sasha (who held it for those two weeks in August), Bayley, Ruby Riott, and the newly arrived Ember Moon essentially have no shot with it while she keeps it warm for Ronda Rousey. Then you throw in that she didn’t do much of anything noteworthy during the ladder match and it compounds the situation and the perception that she’s gotten where she is because of how she looks as opposed to wrestling ability. There’s another aspect to the whole appearance side of things that I need to elaborate on but that requires a whole separate piece. But as for the basic parts of this, oh boy……how to address this…..here goes nothing.

The captain obvious plan is for Ronda to have the RAW title going into WrestleMania to face off with Charlotte. So working backwards, she needs to win it in such a way that makes for the best story, and that would be to win it off a conniving villain. And there’s no better woman on the roster to play that role than Alexa. What I hope is that however long she holds the title, she defends it more than she did last time. Take away her regular TV matches and she was damn near on the Brock schedule as far as title matches went, having gone from an October title match at TLC all the way to February at Elimination Chamber between title defenses. That would be totally unacceptable this time around. If nothing else the other ladies on the RAW side should get title chances before Ronda eventually takes her down, or Ronda should win it sooner and they should get to challenge her. But all other reasonable concerns considered this is the best move in the case if you ask me. There’s a lot more to address about this whole situation but I gotta move on.

Good enough match, but the story here is the yahoos in the crowd that sought out to hijack yet another of Reigns’ matches with stupid chants from the opening bell. I’m about done with those idiots. What is it that they want? Roman was not in the main event, wasn’t in a title match, and wasn’t in the Money in the Bank match (which happened to also be the main event this year). He was in a standard midcard match with your garden variety buildup. There were no future title shots or anything on the line. The fact that they acted up here gives away the game. How is he still being shoved down your throat if he’s in an unimportant match against an opponent that doesn’t matter much to you at all?

You’re basically doing this because you’re a bunch of idiots that don’t even know why you do what you do. Oh you have reasons, but not a one of them hold up to any level of real scrutiny. They just don’t. There’s nothing you can accuse him of that isn’t being done with someone else, and in a more favorable manner to that person. Contrary to what you think there are plenty of people who are fans of Roman Reigns and unlike you with your favorites, they actually spend money to validate their support. So long as he brings in more money than the guys you tout so much, he’s going to be in a higher spot on the card. He’s not going to be a jobber and he’s not going to get fired. So get over it already and help your favorites get their money up instead of being mad on the internet about Roman Reigns because the people who like him actually put their fandom to work. Chants don’t equal money you clowns.

I may be in the minority but I thought this match was really good and was the thing that a lot of people wanted at WrestleMania, but by now so many people were disgusted and disappointed by the angle building that happened at ‘Mania and the old school feud treatment that it got from then until now. There were also people that were irritated at the reverence their WrestleMania matchup was getting before the show, particularly the demands for it to be the main event instead of the Universal Title Match. And then you had the subsequent matches that were used to build to this instead of having conclusive endings. I don’t think any of their matches were bad at all but it was clear case of presenting something differently than people were expecting and catching heat for it. I get the feeling that when people look back on this a year later away from the social media frenzy they’ll see it in a better light.

But I do have to ask just why were some of you guys expecting them to just replicate their WrestleKingdom match in a WWE ring? That’s never now things worked. They weren’t going to get 35 minutes on a super crowded show like WrestleMania, and that style of match isn’t what flies with the main WWE audience anyway. You guys are going to have to accept sooner or later that guys and gals who come to WWE are going to do WWE style work and not whatever they did where they worked before. The ones who can adapt their style to fit WWE’s parameters will be fine and will entertain you just as they did before, but in a different way. The ones who can’t probably won’t be there long and will be back to doing their thing where they came from. And in this case with this match you got what was basically the WWE version of that WrestleKingdom match. They even got 30 minutes to work here so it’s all good, people. Match was great, in my opinion.

I liked it, although I enjoyed the women’s match better. Lot’s a of cool spots, and they haven’t run out of wacky stuff to do with Braun yet. Braun winning was a bit of a surprise for me. The Miz was the easy pick to win so I’m not sure what they’re going to do now. How will Braun go about cashing in? Will it be the honorable way where he just calls Brock out for a match or will he do the customary thing and take advantage of Brock when he’s down? I don’t know. We’ll see what happens.

This was a really good show. I give it an A-. Major bounce back from Backlash. Now it’s on to Extreme Rules.